HomeFeaturedCheetahs Win Over Lions; Gujarat Wants To Guard Its Monopoly

Cheetahs Win Over Lions; Gujarat Wants To Guard Its Monopoly 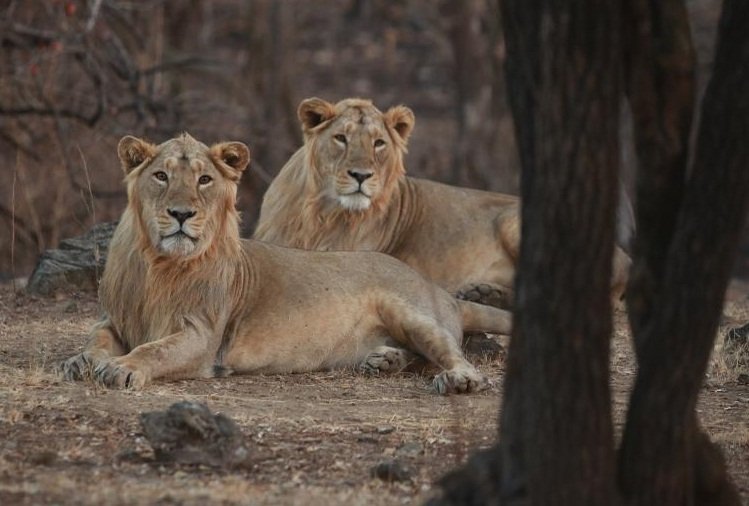 Cheetahs Win Over Lions; Gujarat Wants To Guard Its Monopoly

JAIPUR, (IANS) – A few years back, there were discussions on relocating the Asiatic lions from Gir Forest in Gujarat to some other states in India because their numbers have outgrown the available forest cover.

But Gir’s lions seem to have lost out to the cheetahs from Namibia who have been settled at the spot where they were supposed to have been relocated — the Kuno national park in Madhya Pradesh.

It started in Gujarat three decades back as the Centre sought the views of some state governments on how to relocate the Asiatic lions from the Gir Reserve to other national parks in the country. The reason was to hedge the risk to the lions, whose numbers are growing rapidly from becoming victims of human-animal conflicts and for them to have new homes so they don’t face danger in case a natural calamity strikes one place.

It did not make sense to have all the lions in the country located at just one place.

Madhya Pradesh and Rajasthan took the lead and identified several alternate habitats suitable for the Gir lions. Kuno Palpur Sanctuary in MP was adjudged the most ideal forest to become a second home for lions in India.

But Gujarat continued to resist the logical move of relocating the lions, considering it would lose its monopoly over the big cat. In April 2013, the Supreme Court ordered Gujarat to send a few Gir lions to Madhya Pradesh to establish a second population.

The court gave the wildlife authorities six months to complete the transfer. Kuno was upgraded to the status of a National Park and its protected area was increased. About 1,650 inhabitants of 24 villages were resettled outside the protected area. An area of 924 sq km, surrounding the wildlife sanctuary, was added as a buffer zone to human settlements.

But political thinking underwent changes. Then Union Environment Minister, Jairam Ramesh, saw new mileage in the cheetahs who had become extinct in India in the early fifties, so it was decided to bring them from an African country. In 2009, Kuno was proposed as a possible site for the cheetahs’ reintroduction in India.

Their arrival took a long time. Eight cheetahs reached Kuno in mid-September 2022 after being airlifted from Namibia. India hailed it as an addition of a wild cat species that had become extinct some seventy years ago!

The call for lions has not remained unheard. Gujarat’s pride was to be maintained – for lions as well. So, in January 2022, the Union government drafted a 25-year plan for lions to be relocated within Gujarat state and not in other states. It is on record that the Gujarat government did not carry out the Supreme Court’s order since 2013. It has been resisting the relocation of lions outside Gujarat. According to Bhopal-based environmentalist Ajay Dubey, plans to reintroduce African cheetahs is another way to stall the transfer of lions to Kuno National Park.

Since Prime Minister Narendra Modi himself introduced the imported wild cats at Kuno on his birthday, a new element in the nation’s polity appears to be gaining currency: Cheetah politics. The states may put in requests for cheetahs in the next reintroduction drive. Madhya Pradesh’s quota appears full through Kuno. Next in the race is Rajasthan which missed the bus this time. Its Mukundara Reserve was selected as an ideal grassland habitat. Will it receive some cheetahs in the next reintroduction drive of the Union Government?

The cheetah controversy has not died down so far. Eight scientists of international stature have criticized the Union Government over cheetahs having been imported from Namibia. Arjun M. Gopalaswamy, Femke Broekhuis, Leili Khalatbari, Michael G. L. Mills, Ravi Chellam, David Thuo, Abi Tamim Vanak and K. Ullas Karanth, have said that India’s plan is based on three unsubstantiated claims — that cheetahs have run out of space in Africa; that India currently has sufficient and suitable space for them; and that conservation translocations have been successful in wild cheetah range restoration efforts.

They have written an article “Introducing African cheetahs to India is an ill-advised conservation attempt”, published in Nature Ecology and Evolution, to highlight that there are “unknown ecological, disease-related and genetic risks involved in replacing Asiatic cheetahs with the larger cheetahs from southern Africa.” They added: “The action plan appears to have substantially overestimated cheetah carrying capacity in the first release site (Kuno National Park), which is unfenced, harboring about 500 feral cattle and surrounded by a forested landscape with 169 human settlements. Neither Kuno nor the other landscapes considered are of the size and quality to permit self-sustaining and genetically viable cheetah populations.”

Political pundits said the central government would like to use the cheetahs as a new politico-wilderness model to woo the people and try to receive greater voter support. Let the lions remain at Gir, cheetahs are the new ploy.