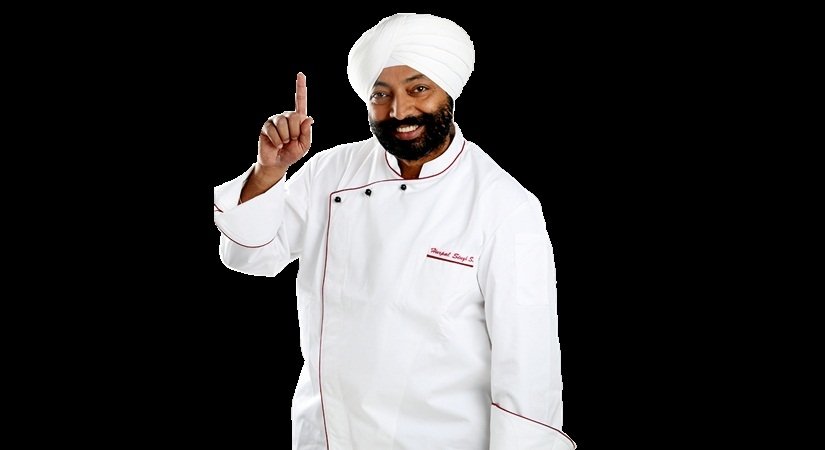 NEW DELHI, (IANS) – Success comes in a variety of forms and at various times, but most often when we least expect it. This story is about a man who has been a global influencer and who has reinvented cooking shows with his distinct sense of humor and authentic Punjabi desi cooking. The Indian food industry seeks out Chef Harpal Singh Sokhi, who is regarded as the most entertaining and vivacious chef.

This is what he has to say about being known as the ‘dancing chef of India’:

Q: Was cooking or being a chef your first dream?

A: I was born in a place that had two large institutions called Kharagpur. A small British hamlet known for IIT Kharagpur and the longest railway platform in the world. So, the first preference of any person is to join IIT and the other to join the railways. However, my dream was to become a fighter pilot as we also have a very important air base Kalaikunda near Kharagpur, the jet sorties would impress me.

I did appear for the National Defense Academy but couldn’t get through, and did not fit into the second attempt as I had crossed the age. My first attempt at IIT did not go through either, so I started preparing for the next year. It was by chance that we had a neighbor who had given IHM and completed the course, we were impressed that he got employed immediately after the course and it played a big factor in perusing the course. My elder brother thought it would be a good idea to pursue a skilled course that is more employable. So, he filled up the form and things went through that I took up Bhubaneswar as my college and joined the course. The interesting bit is that not a single member of my family knew anything about the course, and we had no clue. We never really visited a restaurant as a family, if something had to come from a restaurant it would be bought at home and distributed equally at home. So I entered a course with no clue or knowledge but something I realized after spending three years, I could become a chef, and from the core of my heart fell in love with it. Once that was decided then there was no looking back, it was all about acquiring adequate knowledge of what was required to achieve success. Since then, I can say that hard work, passion, love for the job, perseverance, patience, and knowledge all put together made me who I am today. The journey is still exciting because for me still, every day is a new day of learning as a chef.

Q: What is your favorite dish?

A: Well as I evolved as a chef, I have been consistently training myself to get better at what I am doing. My initial days I remember I spend in the Cold Kitchen, Gardemanger as we call it and I loved doing butter sculptures, ice carvings, cold cuts, etc, then later when I went into the Indian kitchen, I started cooking black dal very well, I still remember in one of the five-star hotels in Nagpur where I was the chef, people would just come to pack the dal. Then in my own restaurant Karigari there are so many favorites that I love to cook daily dal makhni, besan spring onion ki subji, butter chicken, and mirchi ka halwa. I spent a lot of time mastering the art of Hyderabadi food under Begum Mumtaz Khan and Habib Pasha. I still remember the pathar ka gosht we used to cook in our restaurant Vintage was something people would queue up for. A good Hyderabadi biryani is something I can eat daily with a proper mirchi ka salan.

Q: How did you choose to participate in a dance reality show?

A: This is one of the best things that have happened to me as a chef. ‘A never say die’ attitude led me to this great platform. I always thought about what the differentiators in life are to stand out as a chef. This was one of the biggest things. Like I went to do hotel management without knowing anything about it, I choose a dance reality show without knowing how to dance. But once I entered then there was no looking back, I practiced for 10 hours and thanks to Bhavna Purohit and the team, who taught me everything. As a non-dancer, I am the only person in the history of Jhalak to reach up round 5. If you enjoy doing what you are doing, then there is no looking back. Don’t worry about the outcome, give it a 100 per cent.

A: Well, I specialized in Hyderabadi food, and have spent time with Begum Mumtaz Khan, Mehboob Alam Khan, Habib Pasha, and the streets of Hyderabad Puran Quilla. That is something that I always mention as a specialization. Incidentally, I am Punjabi so I understand the fine points of Punjabi food as I would closely watch my mother cook. These days the learning is on pro-biotic foods, tribal foods and the Ayurvedic food experience is never-ending.