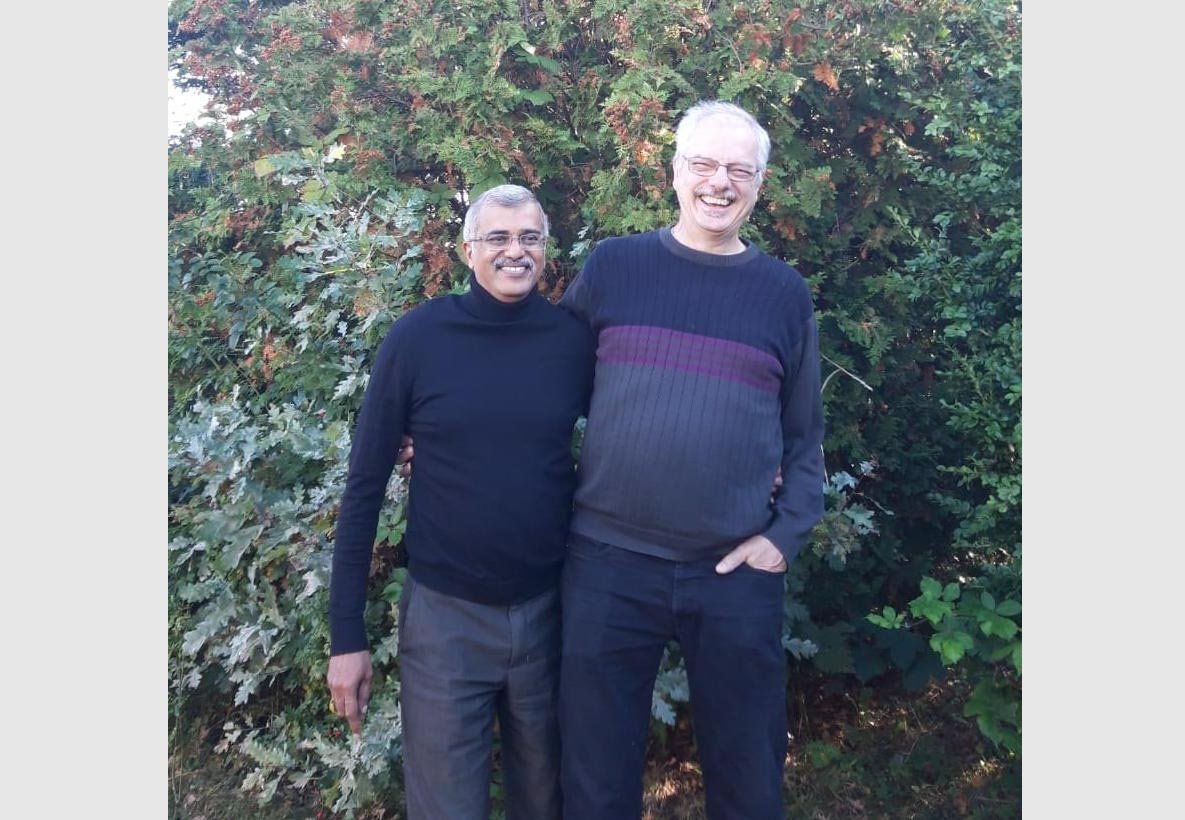 COPENHAGEN, (IANS) – Dr. Renil Manat is on the top of the world as his long-time associate and family friend, Dr. Morten Meldal has won the Nobel Prize for Chemistry.

The Keralite who has roots in Kozhikode and Thalassery, speaking in Copenhagen, Denmark, said, “It’s really a happy moment of Dr. Morten Meldal winning the Nobel prize for Chemistry with two others. I am associated with Dr. Morten Meldal for several years and it was in fact his invitation that brought me to Denmark.”

Manat has a Ph.D. in Chemistry from Mahatma Gandhi University.

The Indian-born scientist spoke highly of Meldal and said that the Nobel Prize winner has been a major support base for him ever since he landed in Copenhagen.

Manat’s wife Chandini Renil is a pedagogue at European School in Copenhagen while Meldal’s wife Phaedria is an entrepreneur, and the family enjoys a warm relationship.

Meldel and Manat had developed a biodegradable packing material in 2008 and the patent for this is with the CLR. Manat is now working on innovative beer flavors and some of them are based on ayurvedic herbs.

The Kerala-based scientist also said that there are chances of Meldel would come to Kerala to attend the Kerala Science Congress which is to be held in January 2023.