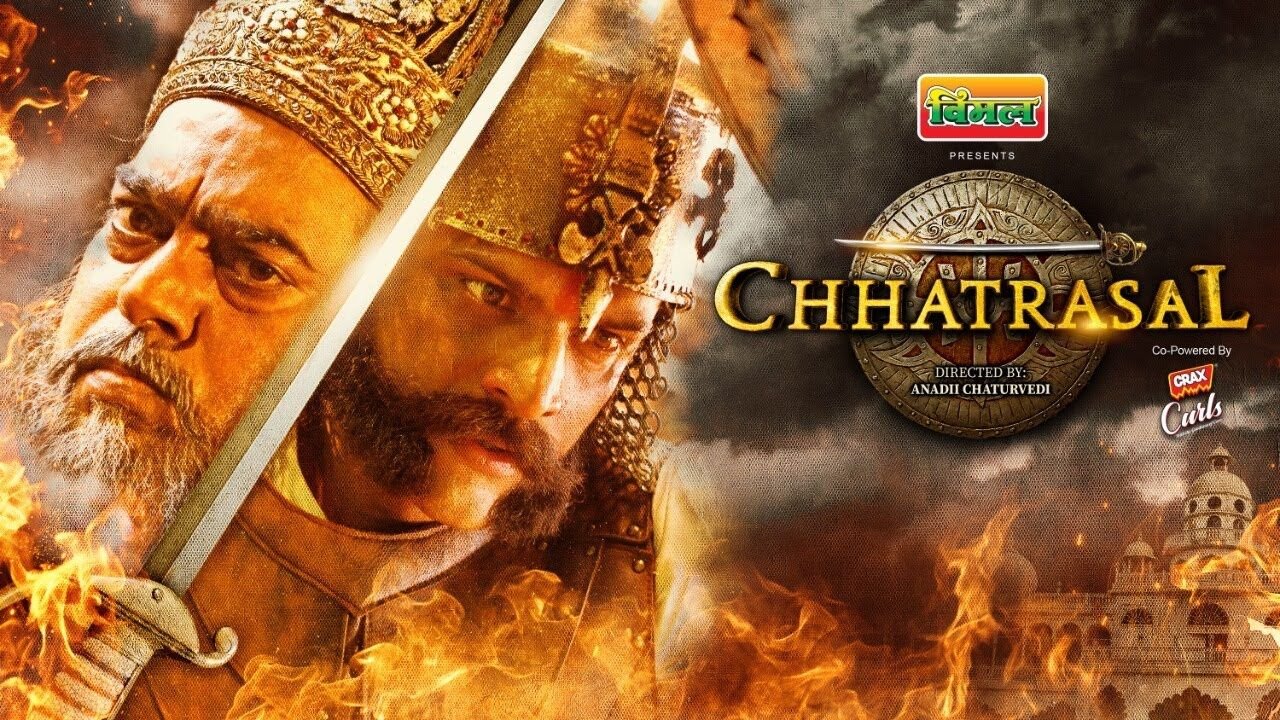 Just asking a rhetorical question—does the English dictionary have an antonym for the word “masterpiece”? That word should have been coined, as it would fit MX Player’s ‘Chhatrasal’ totally, perfectly. Absolutely.

Online, before watching, I came to know that the show had 20 episodes. When I began watching, I found most of them were 40-50 minutes up. So I presumed that they would be totally gripping. After all, this was a historical involving Aurangzeb as the main villain. This was also a real story of Chhatrasal, a brave Rajput prince from Bundelkhand, who wanted to save India and his province from the tyranny of the despotic Mughal emperor.

But what we got was a story of personal vengeance for killing his parents. Treated in the best ‘70s-‘80s potboiler fashion with dialogues and sequences to match.

Before I go into slightly more (and sordid) details of this show, I must say that even the crew seems to have had total indifference to whatever was made. Ditto the main team that even did not bother to forsake their apathy for the abominable product of the writing and direction. Check the hilarious subtitles in English in one scene, which read, in a 17th-century Indian story:

Sure beats the recent subtitle glitch in a show I cannot remember that simply replaced the word “pregnant” with “My wife is pungent.”

Anyway, the story begins with the travails of Chhatrasal’s royal parents, King Champatrai (Sangam Rai) and his wife Sarandha (Jaswinder Gardner), who have to keep being on the run to avoid Aurangzeb’s assassins. Sarandha is pregnant and Chhatrasal is born in a cave. After this, Champatrai, with newborn tied to his chest, and Sarandha on his back, escapes Aurangzeb’s goons…Oops! Sorry, soldiers, by jumping from one distant cliff to another while the soldiers perish by falling into the chasm! “Bahubali,” anyone?

Soon, Chhatrasal is 12, and Aurangzeb is still hunting for them! The royal couple is STILL running from one place to another, and finally they are surrounded by his men. In the midst of their battle, the two make Chhatrasal escape and commit suicide (Champatrai gets his wife to stab him in the heart) so that the Mughal emperor does not have the satisfaction of their defeat. But Aurangzeb still flaunts their beheaded (and rotting) bodies to the villagers to bring them in line.

Now a teenage Chhatrasal vows revenge (in the best Hindi film hero fashion, with lines to match!) and from here on, we find him in a clash with the troops. He gets allies, is betrayed by his sister (an unknown non-actress), is supported by his paternal uncle Kakaji (Bhupendra) who becomes his Katappa (but does not kill him, mind it!) and so he is en route to another brother, Angad Rai (Manmohan Tiwari). Wonder how many siblings he has, scattered here and there! And who rules the original kingdom!

He also, in his parents’ lifetime, frightens away a ferocious tiger that has picked up a commoner’s baby as prey. The animal just slinks away when he “accosts” him and we are left wondering how the baby is left unharmed: maybe he had a bag in which to carry the baby before dinnertime and had packed it carefully, the way we carry packed food home!

But then, these are only a few tips of the “Chhatrasal” iceberg of inanities that make the recent other MX Player misadventure “Ramyug” look like nothing less than a masterpiece! Believe that or nuts!

Having watched (with extreme fortitude) the first two episodes—totally 88 agonizing minutes, I bravely (like Aurangzeb’s forces searching for their intended victims for so long) stepped into episode 3. I bore that too from about 10 minutes on by fast-forwarding. By the time I reached 10 minutes (not forwarded) of the fourth episode, my senses revolted. Enough is enough, my brain told me as it reminded me of someone’s famous quote, “You don’t have to eat the whole egg to know it is bad!”

There were filmmakers I will not name here who were busy in the 1970s, 1980s and early 1990s dishing out clichéd vendetta fares (often with big stars like Dharmendra, Sunil Dutt, Mithun Chakraborty and even Anil Kapoor) who made exactly such mélanges. Beyond a certain basic differences, these films were all clones of each other. Some even did well, especially in small towns and villages and downmarket movie halls in downmarket areas of Mumbai and other big cities.

But the difference was that they were not real stories. But come to think of it: study Chhatrasal online and we find that even this humongous pot of nonsense is nowhere close to the real saga!

And what’s with the narrator who frequently comes in, wearing the best sarees and on expensive sets? Neena Gupta talks well, but for the life of me I cannot think of why as astute performer like her be given this assignment that leads to some extra expense for the producers, apart from their tacky VFX.

Ashutosh Rana as Aurangzeb is decent as a villain, though he is shown to do many things that have nothing to do with the story and are too well-known, like imprisoning his father. Despite the horrendous material on hand, if he did not chill you as in “Sangharsh” and “Dushman,” Rana at least did not offend, or ham.

Jitin Gulati as the adult Chhatrasal never appeared in the parts I saw, but I watched a few minutes of him in a later episode and found him okay. The rest of the cast was routine, and Rudra Soni, hair immaculately in place for two long years and that too with a fairly contemporary cut, was alright in his over-the-top-scripted role, as the 12 to 14 year-old prince.

This was clearly not so much a historical show as a hysterical one. If you must spend about 18 hours (the total running time) watching this on your digital devices, think seriously instead of investing in watching about seven or eight movies or a couple of decent series. Even the poorer TV serials will not come anywhere near this sub-standard!

There, the Statutory Warning has been issued: Watch it at your own risk! I hate judging series in part, but remember my (very true) quote about the egg, and this is only the second or third of dozens of web series I have reviewed since the last 18 months where I could not complete them!