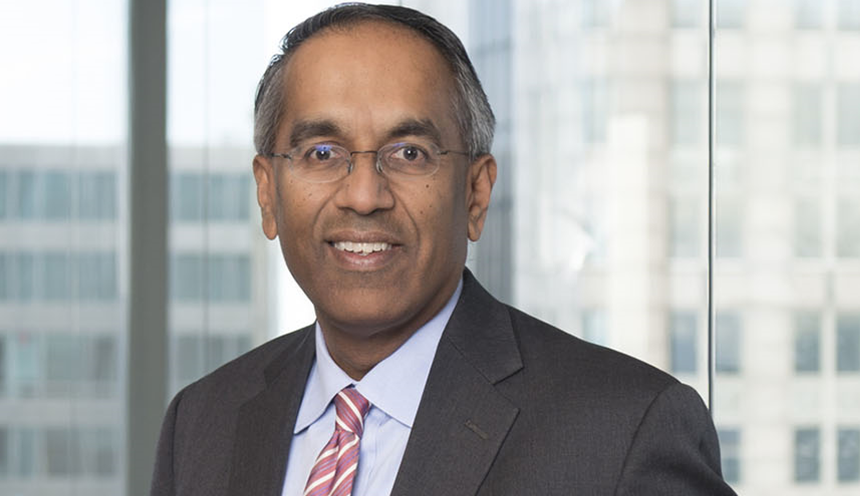 Krishnan Rajagopalan, CEO of Heidrick & Struggles, was among the honorees named Outstanding 50 Asian Americans in Business. The Indian American executive will be honored Sept. 15. (Heidrick.com photo)

Krishnan Rajagopalan, CEO of a global executive search firm based in Chicago, Illinois, was chosen to receive the highest honor by the Asian American Business Development Center in its annual Outstanding 50 Asian Americans in Business Awards.

The Indian American president and chief executive officer of Heidrick & Struggles will receive the honor, along with fellow recipient and AT&T CEO Anne Chow, at a Sept. 15 event. The 2020 event was cancelled due to the COVID-19 global pandemic.

With last year’s black-tie event cancelled due to the COVID-19 pandemic, the 2021 resumption of the highly anticipated awards will kick off with a day-long conference at the Asia Society in New York City, followed by the dinner gala at Cipriani Wall Street, the release said.

“Not only are we back in business with our Outstanding 50 award, but our 20th anniversary will feature two Pinnacle Award winners who exemplify excellence and achievement from C-Suite level Asian Americans,” said John Wang, president and founder of AABDC.

He serves on the board of directors of Heidrick & Struggles and leads the firm’s global Management Committee.

Rajagopalan has over 18 years of experience in executive search, having led C-suite and board level searches for global corporations across all industries, including private equity. He advises clients regularly on digital transformation, leadership, succession planning, governance, culture, and diversity and inclusion, his bio notes.

Prior to assuming his current responsibilities, Rajagopalan led Heidrick & Struggles’ global Executive Search division and, before that, led the firm’s Global Technology & Services practice. He has been recognized as one of the “100 Most Influential Executive Recruiters in the World” by Bloomberg Businessweek, it said.

Rajagopalan is a strong advocate for diversity and inclusion and gender parity, both for the firm’s employees and for its clients. Recently, Heidrick & Struggles pledged that on an annual basis at least half of the Board candidates that are presented to clients in total over the course of the year will be diverse, the release said.

The firm also partners with organizations like the Paradigm for Parity coalition and the 30 percent Club’s Future Female Directors program to help close the corporate leadership gender gap and promote gender parity across all levels of organizations.

Before joining Heidrick & Struggles, Rajagopalan served as a vice president and partner with a global management consulting firm, where he focused on strategy, operations and transformation across a wide range of industries.

As a special commemoration of the 20th anniversary, AABDC is hosting a one-day conference that leads into the gala, including panel discussions exploring Asian American issues, according to the news release.