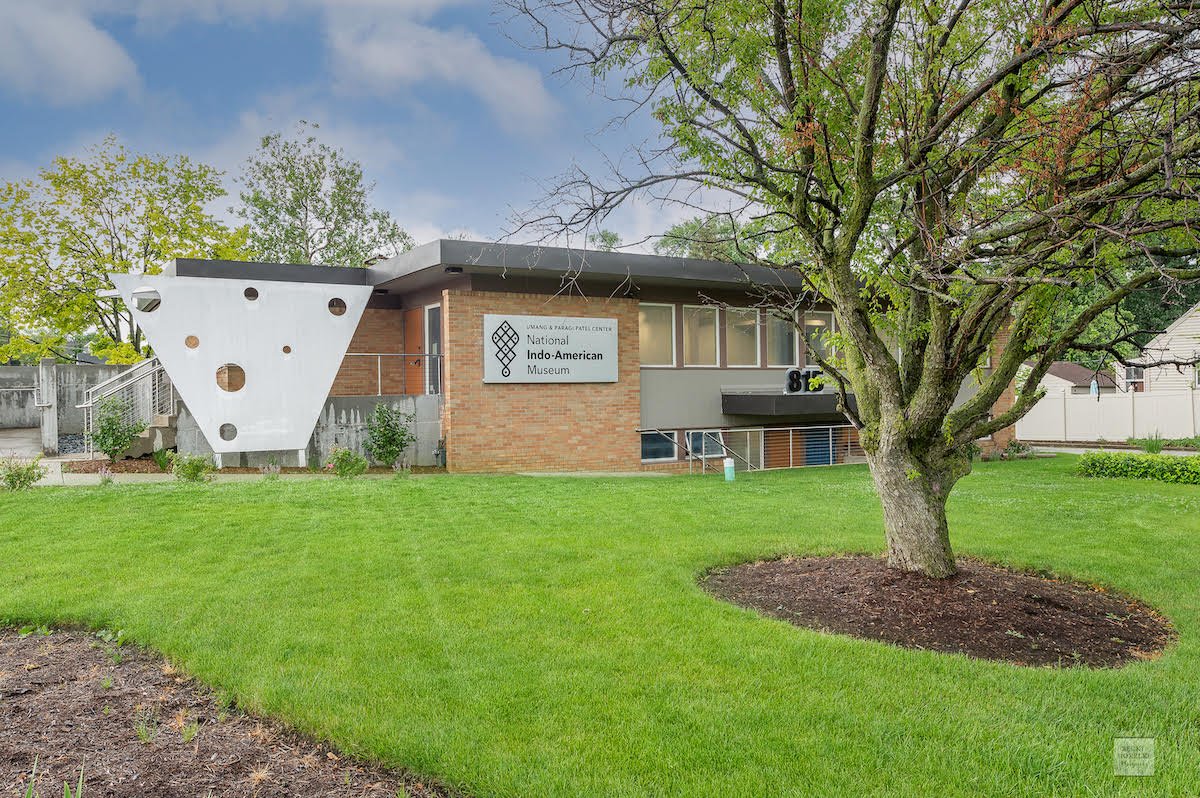 On July 29, the museum opened its second exhibition, ‘Desi Roots and Wings.’ The exhibition was curated and produced by the Smithsonian Institution, then donated to NIAM at the end of its tour. This exhibition provides information about the Indian immigrant experience in America, from its roots several centuries ago to the recent past.

While the organization was founded in 2008, the National Indo-American Museum opened its first brick and mortar museum, the Umang and Paragi Patel Center, in October 2021. The opening date was delayed by the pandemic, and the audience was slowed as Delta and Omicron surged in Chicago during the fall and winter immediately after the grand opening. Yet, the museum attracted more than 400 visitors in the six months that the inaugural exhibition was displayed, ‘E/Merge: Art of the Indian Diaspora.’

After pandemic-induced slowdowns, Tamara Biggs, Executive Director of NIAM is now excited about the various programs in the offing. From August 7, a monthly performance to share Indian artistic forms is being launched. The first one will feature Bollywood vocalists Pratibha Jairath and Ebrahim Ismail. The museum is also exploring a lecture series to explore the complexity of the Indian diaspora experience.

On who their audience is, Biggs explained, “We are located in suburban DuPage County, where the South Asian population is rapidly growing. Our aim is to attract both Indians, so they can see their own lives reflected in the stories we tell, and non-Indians, so they can better understand their neighbors and fellow citizens. NIAM’s mission is to build bridges across generations and cultures. Classrooms from local schools, where most students are white, will be a wonderful opportunity to build those bridges while they are young.”

To the query, if they have any relics or artifacts, purchased books, and pictures to showcase the history, she told India-West, “Because we did not have a physical building until fall 2021, we were not in a position to collect and care for artifacts. Even though we have a building now, we still don’t have room for many three-dimensional artifacts. That is why we will be focusing on paper collections. So much history can be preserved in a small space as a resource for current and future historians.”

The museum is focused on the experience of the Indian diaspora community in the US and what it did do beginning, almost ten years ago, to start collecting oral histories. “Many Indian Americans have rural origins in India, and some find their way to Smalltown USA. Origins, journeys, and life today are all part of the story we aim to tell,” says Biggs.

The biggest benefactors are Paragi and Dr. Umang Patel who pledged the building that was a doctor’s office and in which the museum is now housed. Other major donors are Raj and Indra Nooyi, the Chicago Community Trust, Chicago’s Department of Cultural Affairs and Special Events, and the National Endowment for the Arts among many others.