HomeOpinionChina – Can Visitors and Investigative Groups see the Reality?

China – Can Visitors and Investigative Groups see the Reality? 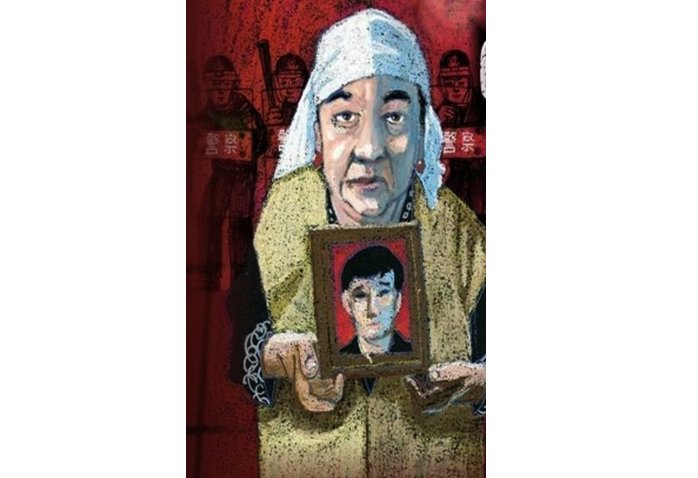 China – Can Visitors and Investigative Groups see the Reality?

From time to time, international institutions and organizations seek access to the concentration camps to inspect the Uyghur genocide. China has thus far not granted them access, however if they did, would the truth be uncovered? These groups know how deceptive communist China is, but this knowledge is theoretical, and a general hypothesis without further consideration of how the deceptive aspect of this system subtly manifests in real life and how this systems diligently hides the truth. This deception can be planned in such a way that even people within it may be unable to recognize it fully. While a few may be aware of it, they still find it difficult to describe it concretely and comprehensively.

Nowadays while the Chinese live under the rule of the CCP, to be a communist isn’t only a name, this system is a more complicated and layered identity. In reality, the CCP utilizes an eclectic mix of all social systems, advancing its own interests. Just as Deng Xiaoping used the one country, two systems as a sophisticated mechanism, deceptively ruling Hong Kong through ever-increasing authoritarianism. Within the colonial areas of China, there are two different systems being used simultaneously, one of autonomy as a smokescreen for authoritarian control.

These systems emulate some aspects of Nazism, progressing to greater levels of sophistication through learning from the past. For example, the discovery of mass graves as evidence of the genocide committed by Nazi’s. To prevent such a discovery in the future, the Chinese have diligently and systematically cremated the bodies of Uyghur victims, among whom some were still breathing, struggling to survive.

This also applies to China’s advancement of cruel torture and murder techniques, not available to Nazism when committing the Holocaust. Some examples of this: the use of cameras secretly monitoring other cameras, a special electric device put inside female genitalia to activate with a remote control causing the victims to be subject to unbearable pain, and water-filled cells where victims are forced to stand up in water up to their neck having no mercy on those who are too tired and give up on keeping standing up, etc. This sort of cruelty is easily covered up in a place where there is no independent access to the outside world to what China describes as “re-education facilities”.

Previously, during the Cultural Revolution in China, when the Chinese were a bit naive, they used similar tactics, showing foreigners a feigned happiness within their own system, conditioned in such a way that it was impossible to portray the truth. Economically speaking, the dream was to achieve simultaneous prosperities and developments in such diverse sectors as in industry, agriculture, and science. It was unnecessary to hide the Chinese reality, for the well-being of a developing country could not be achieved easily or quickly. Despite this fact, the Chinese system, accustomed to utilizing deception, could not help but hide the truth with lies, showing a utopian reality to the world.

During that time, China was an insular country, closed off from the outside world, few foreigners could visit. Mostly, people from Africa and Southeast Asia and, more important, from the best friend country of China, Pakistan, visited China. From Pakistan, government officials and businessmen came to China. Perhaps because these two counties shared a border, many Pakistanis came to Kashgar as visitors.

It is worth exploring how the Chinese deceived their best friends, Pakistanis.

As an example: It’s widely known that, during the Cultural Revolution, among the public of China, production was almost entirely paralyzed. Daily products and necessary goods for life were scarce, shops were almost empty. To buy something required a special ticket which was distributed on a per head basis. There was a ticket for tailoring thread, soap, cloth, and meat-hardly anything could be purchased without a valid ticket.

If a Pakistan delegation came, the Chinese officials would make extra effort to prepare well to welcome them. First, shops would be filled with all the items that have been missing for a long time, Chinese authorities would handpick the “regular civilians” against some requirements, they should be members of and loyal to the CCP, issued a secret card. In front of shops and restaurants, they would hang out or walk around like they had nothing else to do, or like two “acquaintances” who ran into each other on their way to shopping. Their ulterior reason for standing at the shop entrance as guards preventing real civilians from entering the shop to buy what they need, only allowing those with the secret card to enter.

The “regular civilians” would show their identification very carefully and secretly to visit the shop. Their mission was not to buy anything, but to window shop, as if they had everything, they need at home only there to browse if there is anything new in the store. When this happened, the store was full of items that would not be purchased easily even with the special letters from some superior government departments and that were discounted by half for foreigners.

The most needed item for every household at that time was a bicycle, used as the main transportation means that was so scarce. The price of bicycles was way above the purchasing power of any household, approx. 200 RMB, whereas a regular worker’s income ranged from 30 to 65 RMB per month. Therefore, to buy a bicycle, a family would have to cut their budgets, saving money for years. However, for Pakistani visitors each bicycle would only cost 50 – 60 RMB, and there was no limit on how many they could buy at a time with no complaints from the store employees or managers.

Once, “regular civilian” with a special pass couldn’t suppress his desire to get a bicycle for himself, so he bought one at this special price. Although a store employee warned him with some subtle gestures not seen by the Pakistani visitors in the store, the special agent pretended he didn’t understand his warning. In order not to reveal the whole game to the Pakistanis, the store employee had to sell one bicycle to the “regular civilian”. After Pakistani visitors left, police raided his house, confiscated his bicycle before he had assembled it, let alone riding it, he was arrested and served 5 years in prison. At that time, there were so many stories about this kind of deception.

Another example: a group of Pakistanis expressed their wish to pay a visit to houses of local Uyghurs to see their ways of life. The time of year was around November, in East Turkistan, the fall harvest was finished. The Chinese officials chose a Uyghur family in a village outside of Kashgar. There was a grape fence in the courtyard, but this fence was not strong enough, so the Chinese officials mobilized manpower to completely renovate this fence making it strong with firm and straight wood beams. Since his grape vines were not thick enough, Chinese officials took some more grape vines from other houses to put on the fence, appearing more beautiful and fanciful. At that time there were no grapes left on the vines, they were placed in a special room to dry out.

The Chinese officials ordered other families in the village, which had grapes at their home, to hang them on the fence to make look them natural. They brought expensive rugs to hang on the walls and cover the floors and lectured the farmers on how to answer some of the possibly asked questions. They even told them what to do if the visitors wanted to share a normal meal with them. When the stage was set, the Pakistani visitors came to see this house. At the end of the day, they were convinced of how great socialism is. As they left the house, they suddenly noticed a house adjacent to the farmer’s house. This house was too dilapidated, and its foundation sunk considerably. They told the house owners, “This barn is too old, almost collapsing. You have made the other parts of your house so well and you need to repair this barn. Then you will be a role model family for others in this village having everything you need.” The house owner was an educated and smart person. He tried to give the visitors some hints at the whole deceptive game, despite the possibility that he may be punished for this. He replied, “What you are seeing is not a barn but the house of my neighbour. Actually, my house is no better than his, but it has developed into this new shape overnight.”

It was unclear whether what he said was translated or the visitors understood what he was trying to say. This farmer was allegedly arrested for “tarnishing the image of the country”. More sadly, with the spread of these stories, people hated those who “tarnished the image of the country,” instead of blaming Chinese officials for being deceptive. This story provided an example for others to learn how to behave in similar circumstances, including what to do and what not to do. For the worst part of communists is not only achieving individual physical submission, but to try controlling the collective minds of the people, and to be always successful in doing so.

The critical point is this, if China deceives its most trustworthy friend, Pakistanis, in this way, even though it is not necessary to do so, what stops it from deceiving the whole world about the crimes against humanity it is committing now? Is it possible for China to open the doors of the camps to visitors where these crimes are being committed secretly? How much truth could investigative groups uncover during a possible visit? If they return subjected to these smokescreens, propagating a falsified “truth”, sharing this utopian farce with the rest of the world, what consequences could it have for Uyghurs? If they come back with an impression that China is actually helping Uyghurs out of its compassion to become professionals in various sectors? If there are praises for the genocide China is committing against the Uyghurs, then China will be more emboldened to finish off its final solution to wipe out Uyghurs altogether. To prevent this happening, it is quite crucial that these investigative groups must include some trusted Uyghurs. However, I must stress the point that even if under such circumstances, there is no possible way of obtaining the real truth at the heart of the situation! 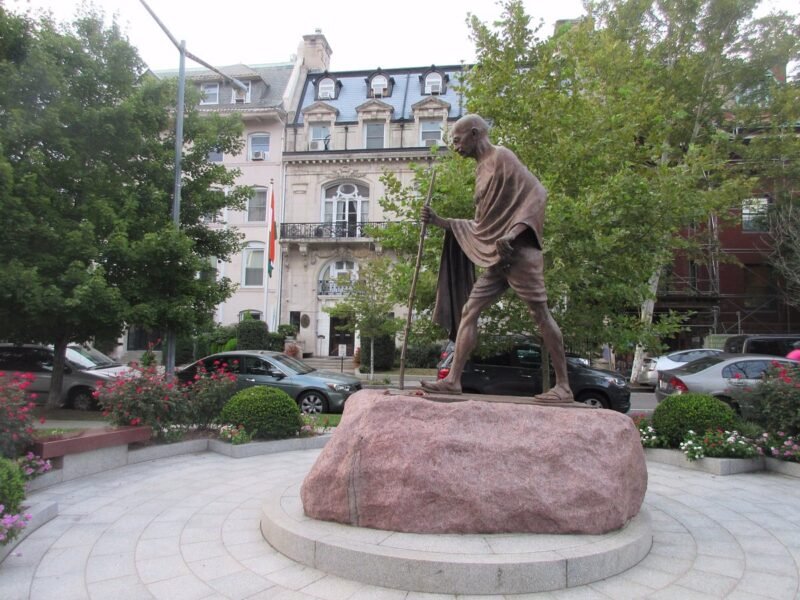 India’s Opposition: Too Many S...