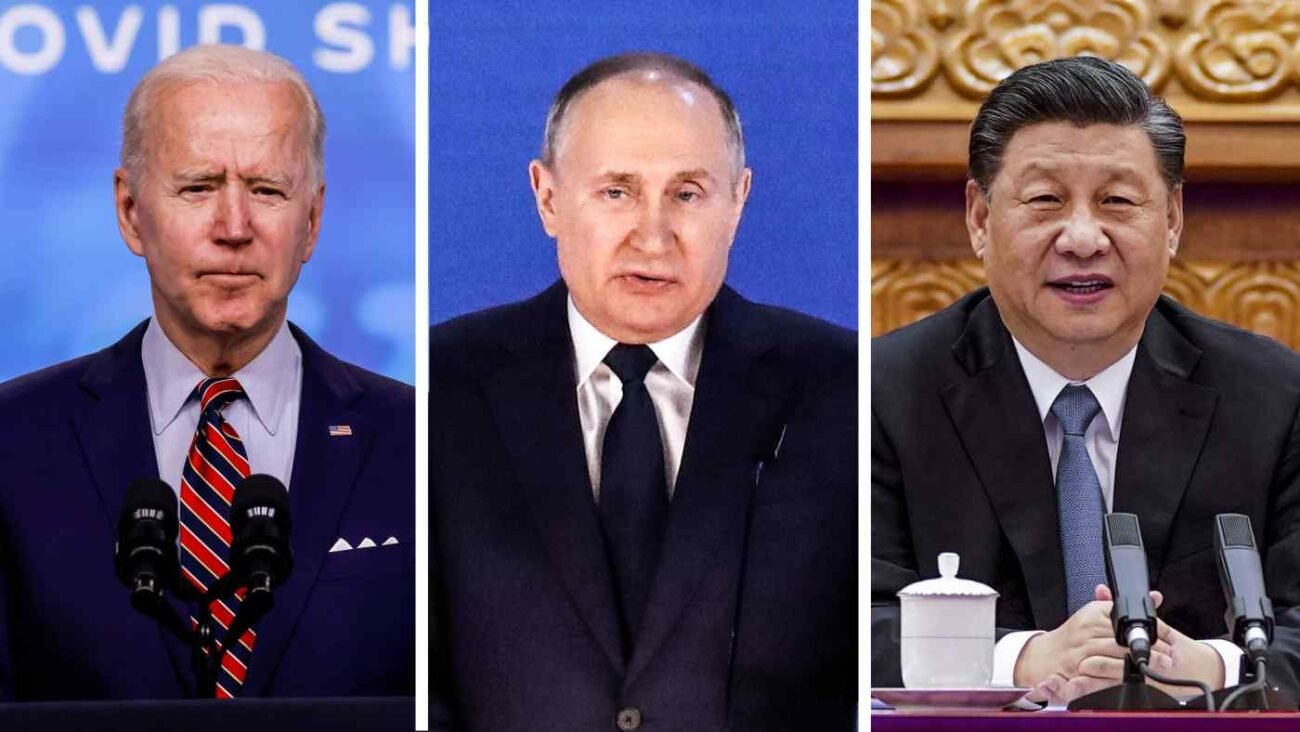 The ongoing Ukraine-Russia military confrontation has had the world community focus its attention on the moves of the US and Russia as the opposing powers, the role of China that remained firmly inclined towards Russia but did not want to further antagonize the US, and the responses of India — the sole major power that has been able to tell both Russia and Ukraine upfront that cessation of hostilities and recourse to peace talks are the only sensible option to the unending conflict.

It has not gone unnoticed by China that India has successfully balanced its deep democratic bonds with the US and the special bilateral friendship with Russia in a manner that led to both sides acknowledging that India’s policy of recognizing the concerns of all is conducive to opening up the path of peace.

The unpublicized visit of Chinese Foreign Minister Wang Yi to Delhi on Mar. 25 — at the latter’s initiative — was to assess the state of India-China relations with their known content of disharmony, in the run up to the next BRICS summit, and more importantly, to gauze the Indian outlook on the US-Russia rift on Ukraine.

Both the NSA and India’s External Affairs Minister have done well to convey India’s unchanged stand that China needs to do more on the borders to take India-China relationship towards normalcy.

In the backdrop of the current military offensive of Russia in Ukraine, it is seen that many strategic analysts at home and outside are unable to come out of their own fixed attitude of the Cold War days that made them deprecatory towards post-Soviet Russia and supportive of the US as the leader of the free world.

They seemed to forget that it is Xi Jinping’s China that is determined to become the second superpower against the US, having taken the best lessons from the demise of the USSR and decided principally to follow the economic route, for reaching that position.

To this end, China practices the doctrine of ‘winning the war without a battle’, wants to spread its political hold in the world through its Belt & Road Initiative, and curiously looks out for any signs of India tilting in favor of the US at the cost of India-Russia relationship.

The non-aligned role of India in the Russia-Ukraine conflict has impacted China’s own stakes in this geopolitically significant episode.

China’s position is affected by this confrontation in several ways. Conscious of the likelihood of the US administration clubbing China with Russia together in the developing situation, Xi Jinping in his talks with Joe Biden tried to bracket China with the US by referring to the need for the two countries to fulfil ‘their international responsibilities’ and highlighted the importance of ‘peace and security’, thereby suggesting that concerns of both Russia and Ukraine have to be recognized in any peace formula.

China was also cautioning the American President not to appear one-sided, positioning China as a peacemaker and ensuring that the Chinese strategy of pursuing the non-military route to becoming a superpower is not jeopardized because of the Ukraine war.

While maintaining its strong alignment with Russia, China is trying to consolidate its geopolitical strength by reaching out to its allies, softening the relationships that were hitherto tense, and claiming to be an advocate of peace.

The Chinese foreign minister’s visit to Islamabad, Kabul, Delhi and Kathmandu can be seen in this light. Reaffirming the Sino-Pak strategic alliance was the most important mission of this round trip.

For the first time for China, Wang Yi addressed the ministerial summit of OIC hosted by Pakistan, talked of China’s ‘Islamic’ friends and went on to endorse their stand on Kashmir.

Wang Yi held detailed discussions with Pakistan Army chief General Qamar Javed Bajwa during his two-day stay in Islamabad and made a quick visit to Kabul on March 24 before landing in Delhi.

It is clear that China and Pakistan are acting in concert on Afghanistan after the return of the Taliban-led Emirate in Kabul and that the Sino-Pak axis is operating in Afghanistan to the advantage of the two partners and against the interest of India.

One hopes the Joe Biden administration has noticed that through the current Ukraine crisis, Marxist China is using its alliance with the fundamentalist Pak regime to consolidate its geopolitical hold against the US by politically exploiting the strong anti-American stance of the Islamic radicals now ruling Afghanistan.

US policy makers would do well not to underestimate the global implications of the Sino-Pak strategic pact.

India having recorded its strong condemnation of Wang Yi’s comments at OIC as Chinese ‘interference in the domestic matters of India’, it was clear that Chinese Foreign Minister’s uninvited trip to Delhi was meant to somehow create an impression of moderation on the part of China in dealing with disputes.

India did well to tell him that the state of India-China relations is going to be determined by the responses of China on the border issues. It seems India’s ‘unaligned’ stance in the US-Russia antagonism on Ukraine is giving a strategic advantage to the country over China in as much as it has given India the status of a global counsel.

China realizes that if India were to choose to support the US on Ukraine outright, that would strengthen America’s case against China too and take the pressure off Quad against the doings of China in the Indo-Pacific.

China for once is trying to emulate India in advocating for a peaceful outcome of the Russia-Ukraine conflict as this suits its interests.

The Russia-China bonds remain deep for the reasons of shared antipathy of the two powers against the US-led West, ideological commonality between the Marxist China and the successor to the erstwhile Soviet Union that was the competing superpower believing in International Communism against the US doctrine of Capitalism and free market and a return of the Cold War-type of bipolarity between US-led West and China-Russia combine — particularly under the Biden Presidency.

President Xi of China is encouraging Sinicization of Marxism and invoking the ‘civilizational’ strength of China to spread its wings. Interestingly, in the current conflict, Ukraine President Volodymyr Zelensky — a Jewish person — injected a religio-political angle by insisting on Jerusalem being the venue for peace talks.

His attempt to underscore the profile of Russia as a White supremacist nation led to the Russian charge that Ukraine was becoming the place for Neo-Nazis. All of this would further put China and Russia on the same side of the fence — the two Communist states invoking their cultural and historical legacy to deal with the West.

The Russian military offensive in Ukraine is accompanied by an intense ‘Information Warfare’ which accounts for the prolongation of the conflict and a further accentuation of the refugee problem.

India’s counsel for a concerted peace initiative from the democratic world remains the best course for the international community to follow — on the three-point framework of recognition of sovereignty of Ukraine as a democratic nation outside of NATO, a peace agreement between the two warring nations that addresses the security concerns of Russia, and a commitment from Zelensky that all citizens of Ukraine will be on an equal footing in the eyes of the State, which could be monitored by a group acceptable to both sides.

The matter has to be resolved in a manner that rules out military solutions for any legitimate inter-state political issues in the future.

(Pathak is a former Director of the India Intelligence Bureau; views are personal)