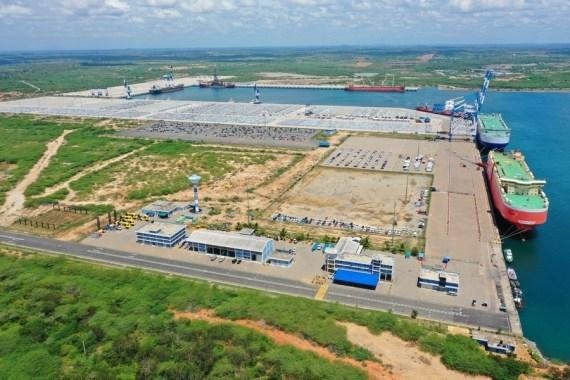 NEW DELHI (IANS) – China’s One Belt One Road now known as the Belt and Road Initiative (BRI), was announced in 2013 and it seems it has one purpose only — subjugation of the economically fragile nations on the way to becoming a great power by the time the Chinese Communist Party (CCP) celebrates 100 years.

There are numerous examples of countries, developed and developing, which are economically fragile that have become even more fragile courtesy BRI. The recent situation in Pakistan and Sri Lanka is case in point. The Centre for Global Development in a 2018 study of countries hosting OBOR projects found 23 of them in a state of debt distress.

Sri Lanka has taken loans from China, at lending rates in the range of 3-6 per cent against the 1-3 per cent offered by the World Bank and International Monetary Fund (IMF). As a result, Sri Lanka has had to request China for a debt-to-equity swap, selling their own equity to Chinese companies as they have not been able to pay back their loans.

China’s investment of an estimated $1.4 billion in Sri Lanka’s Colombo Port City project is the largest single foreign investment in the island nation’s history. Dubbed as a Public-Private Partnership (PPP) between the government of Sri Lanka and the CHEC Port City Colombo (CPCC) Pvt Ltd, the project has been much publicised for the employment opportunities and huge revenues which it would generate for the Sri Lankans.

What is seldom spoken about is the fact that of the 269 hectares of reclaimed land, 43 per cent will be controlled by the CPCC through a 99-year lease agreement. This is reminiscent of the not too long-ago takeover of the Hambantota Port on a 99-year lease by China Merchant Port Holdings (CMPH). The port is now operated ‘jointly’ by the Sri Lanka Ports Authority and CMPH, with the latter holding 80 percent stake in the port and exercising near total control over its operations. Sri Lanka is just one example of how China uses its economic power to ensnare unsuspecting, and sometimes complicit governments in an intricate web of debt and dependencies.

The BRI is the garb to entice nations into futile and ineffectual projects which are extravagant compared to more realistic challenges being faced. The projects are promoted as one of its kind infrastructure development project with fictitious prospects; however they are of significance and benefit primarily to China.

The initiatives provide easier and convenient opportunities to address vulnerabilities of China at the cost and investment of individual nations. The mechanism provides expedient access for Chinese state owned companies to saturate the economies of small nations and saddle the borrowing nation with loans which can be leveraged when needed. In addition, China with its financial freedom has emerged as an independent nation providing financial alternatives over international organizations like the IMF, and Asian Development Bank (ADB) to secure individual and selfish designs.

The infrastructure projects of road, rail, buildings, ports etc. with inflated costs are advertised as comprehensive solutions without disclosing the methodology and terms of execution.

The projects in Sri Lanka like the $104 million Lotus tower which never got commissioned or the $209 million Mattala Airport which is the ‘World’s Emptiest Airport’, though presumed to be funded by China had all its costs recovered through execution by Chinese entities, using equipment/ machinery/material from China including significant proportion of labor/top management.

In effect, whilst Sri Lanka paid for the projects, it filled Chinese treasury for a requirement which was not essential. Further, due to the confidentiality of project being pursued by the government the actual cost of the projects are also largely exaggerated. The Chinese approach in Sri Lanka has been outright capitalist where in the Sri Lankan economy is flooded with cheap Chinese goods so as to kill the local economy and extract as much Strategic advantage by trapping the Government of the day in frivolous infrastructure projects.

It needs to be understood that all Chinese deals come with hidden agendas particularly with the aim to in debt the country, take control of land, fill the coffers of China at the expense of smaller countries under the garb of development. The modus operandi of engagement has been similar in Africa, Asia and Latin America wherein countries have been indebted with Chinese loan of billions of dollars.

Thus, all countries in the region must guard their sovereignty in their best interests, lest it is also ‘Colored Red’ under the Chinese shadow.