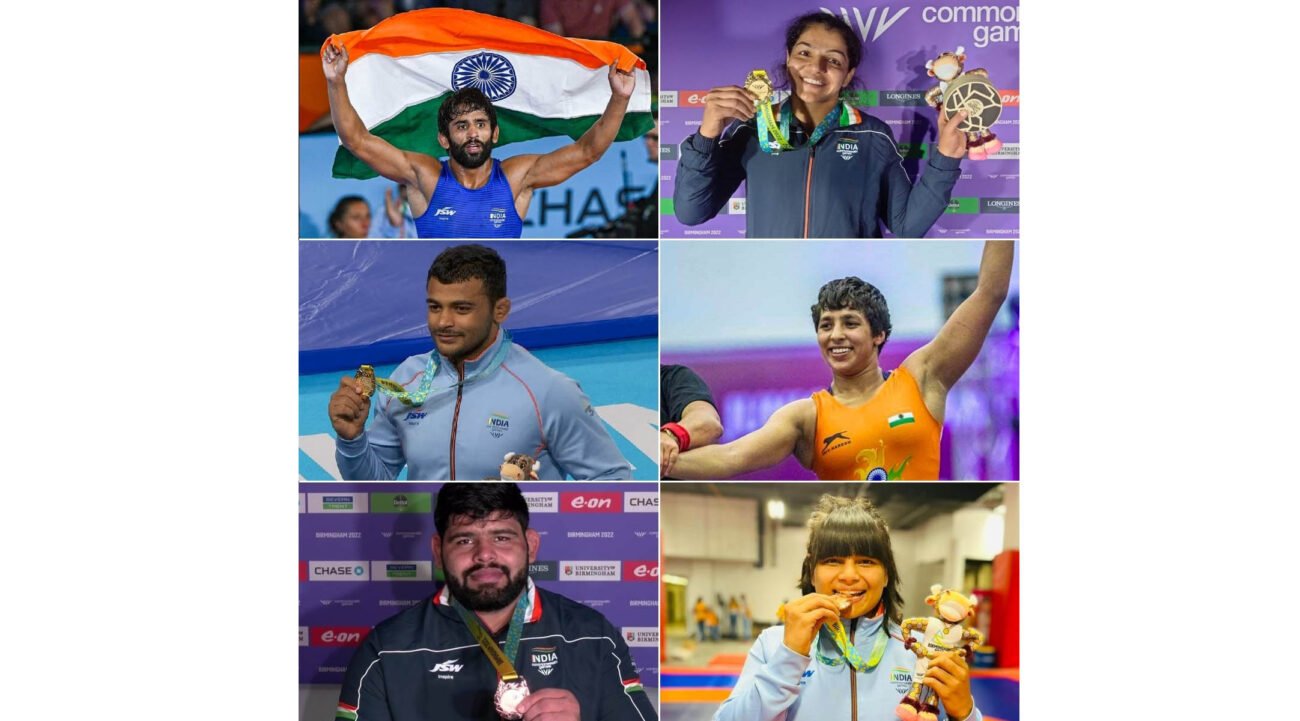 BIRMINGHAM, (IANS) – As the day started at its usual time on a busy August 9, the city of Birmingham woke up with a huge hangover caused by competition, celebrations, disappointments, heartbreaks, and emotional outbursts caused by an overdose of sports, sports, and more sports as the 22nd Commonwealth Games came to an end.

As life in Birmingham returns to normal, the athletes that were the center of attraction for the last 11 days of sports extravaganza are on their way back — and some of them have already returned.

The Indian contingent, whatever is remaining of it as the weightlifting, wrestling, athletics, and judo squads have already reached India, will leave Birmingham basking in glory as they pulled off some great performances to finish fourth in the medals table with 61 medals — 22 gold, 16 silver and 23 bronze.

The Indians have all the reasons to be proud of their Birmingham show as they managed to win these many medals without contribution from shooting, which had earned 16 medals in Gold Coast when India had finished with 66.

There were gains for India at these Games which augurs well considering next year’s Asian Games and the 2024 Olympics in Paris.

The most heartening aspect of India’s performance in Birmingham was the eight medals won in track and field with youngsters like steeplechase Avinash Sable, triple jumpers Eldhose Paul and Abdulla Aboobacker, walkers Priyanka Goswami and Sandeep Kumar, javelin thrower Annu Rani, long jumper Murali Sreeshankar and Tejaswin Shankar stealing the show. India claimed eight medals in athletics including gold in the triple jump by Eldhose Paul, the first gold medal in that discipline by an Indian the silver won by Mohinderpal Singh Gill in 1974 was our best in TJ.

The undoubted star for India in track and field was Avinash Sable who challenged the Kenyan hegemony in the 3000m steeplechase, finishing second, losing the gold medal by 500th of a second. Abraham Kibiwot, the gold medalist, presented a brave front but it was sure he had his heart in his mouth for a few seconds as Sable made a late charge to the finish line virtually hanging onto the Kenyan runner’s shoulder as he crossed the finish line.

Eldhose Paul, who led a 1-2 finish in triple jump, was the other big gain for India from track and field, one who could be further groomed into a medal winner at Paris. He hopped, skipped, and jumped into history books as India’s first gold medallist in the triple jump.

The wrestlers and weightlifters, as expected, dominated the show, winning 22 of the 61 medals that India bagged. Wrestlers won 12 medals while weightlifters 10 but that was expected as the competition in both these sports is not tough at the Commonwealth Games level. Still, the way Bajrang Punia, Shakshi Malik, Deepak Punia, Ravi Kumar Dahiya and Vinesh Phogat won their gold medals was a treat to the eye.

The other gains for India were from the lawn bowl rinks where the team of Lovely Choubey, Rupa Rani Tirkey, Pinki, and Nayanmoni Saika won an unexpected gold in Women’s Fours while the Men’s Fours of Sunil Bahadur, Chandan Singh, Navneet Singh, and Dinesh Kuma claimed a silver. India also came close to winning a medal in the Men’s Pairs event.

On the individual front, the veteran table tennis star, Achanta Sharath Kamal surprised everyone by winning four medals — three of them including the Men’s Team — gold medals. Sharath was in brilliant form, playing his role as India defended the Men’s Team gold. But the medals that were more satisfying were the Men’s Singles gold and the one in Mixed Doubles in the company of youngster Sreeja Akula.

The Indians did well in badminton too though the defeat in the Mixed Team final to Malaysia was a big dampener. PV Sindhu, the two-time medalist at the Olympics and a former World /Champion, was the highest-ranked female player in the fray and duly won the women’s singles title despite being troubled by a niggle in her Achilles, which restricted her movement and speed in the semis and final. She managed to claim her first singles gold at the Commonwealth Games.

The men’s doubles pair of Satwiksairaj Rankireddy and Chirag Shetty too won their maiden gold medal in individual competitions as they came up with a superb display to beat the English pair of Ben Lane and Sean Vendy in straight games.

Lakshya Sen showed class and determination in coming back from a game down to beat a strong opponent and claim his maiden Men’s Singles title. Kidambi Srikanth, who had won silver four years ago, had to be satisfied with a bronze medal.

In squash, Saurav Ghosal won his first individual medal — a bronze in men’s singles beating a strong opponent in James Wilstrop of England in three straight games in the final. He also partnered with Dipika Pallikal Karthik for the bronze medal in mixed doubles.

The hockey teams were happy to win medals at the Commonwealth Games though the women’s team could have won a silver or even gold while the men could have avoided slumping to another humiliating defeat to World No 1 Australia in the final.

The Indian women’s cricket team, which was hosted in a hostel as they usually do instead of the various Games village, bagged the silver medal as cricket returned to the sport for the first time after 1998.

like Harmanpreet Kaur, Sneha Rana, Smriti Mandhana, Shafali Verma and Renuka Singh Thakur gave a good account of their talent as the sport looks to get further international recognition by making it to the Olympics.