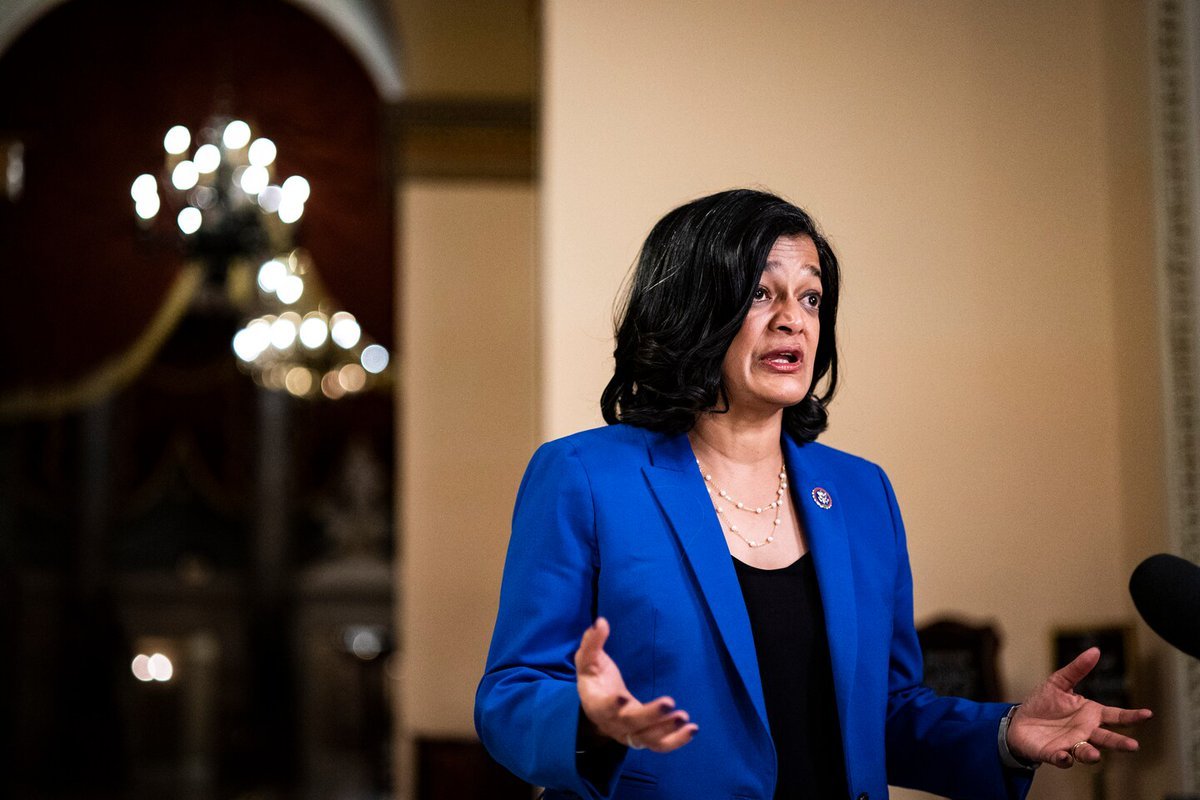 WASHINGTON, DC (IANS) – A bipartisan group of members of the US. House Judiciary Committee, including Indian American Rep. Pramila Jayapal has sent a stinging letter to Attorney General Merrick Garland to alert the Department of Justice to “potentially criminal conduct by Amazon and its senior executives”.

The 24-page letter states how Amazon engaged in a “pattern and practice” of misleading conduct that appeared designed to “influence, obstruct, or impede” the Committee’s 16-month investigation into competition in digital markets.

A summary posted by antitrust subcommittee chair David N. Cicilline stated that in the testimony before the Committee, a senior Amazon official represented that Amazon does not use the data it collects on its third-party sellers to compete with them and does not list its products before third-party products in customer search results. “Credible investigative reporting demonstrated the opposite.”

“Amazon attempted to clean up the inaccurate testimony through ever-shifting explanations of its internal policies and denials of the investigative reports. It described the reports as based on ‘key misunderstandings and speculation’ that led to ‘inaccurate conclusions’. The Committee uncovered evidence from former Amazon employees, and former and current sellers, that corroborated the reports’ claims,” Cicilline said.

“The Committee gave Amazon multiple opportunities to correct the record, but Amazon refused to turn over any business documents or communications that would corroborate its claims or correct the record. Amazon instead wrote letters describing how its policies are supposed to work in theory. When it came to the relevant question of how those policies worked in practice, Amazon refused to provide any relevant specifics, such as internal audits or investigations.”

“Last Congress, the Judiciary Committee conducted an extensive, bipartisan investigation into competition in digital markets. Throughout the investigation and in follow-up inquiries, senior executives at Amazon engaged in a pattern and practice of misleading behavior before the Committee. The Committee extended multiple opportunities for Amazon to clarify these misconceptions, yet executives continued to thwart our efforts to uncover the truth about their business practices,” the joint statement said.

“Amazon and its executives must be held accountable for this behavior. That is why we are referring this matter to the Department of Justice to investigate whether Amazon obstructed Congress or violated other federal laws. We look forward to hearing from the Department on this important matter,” it added