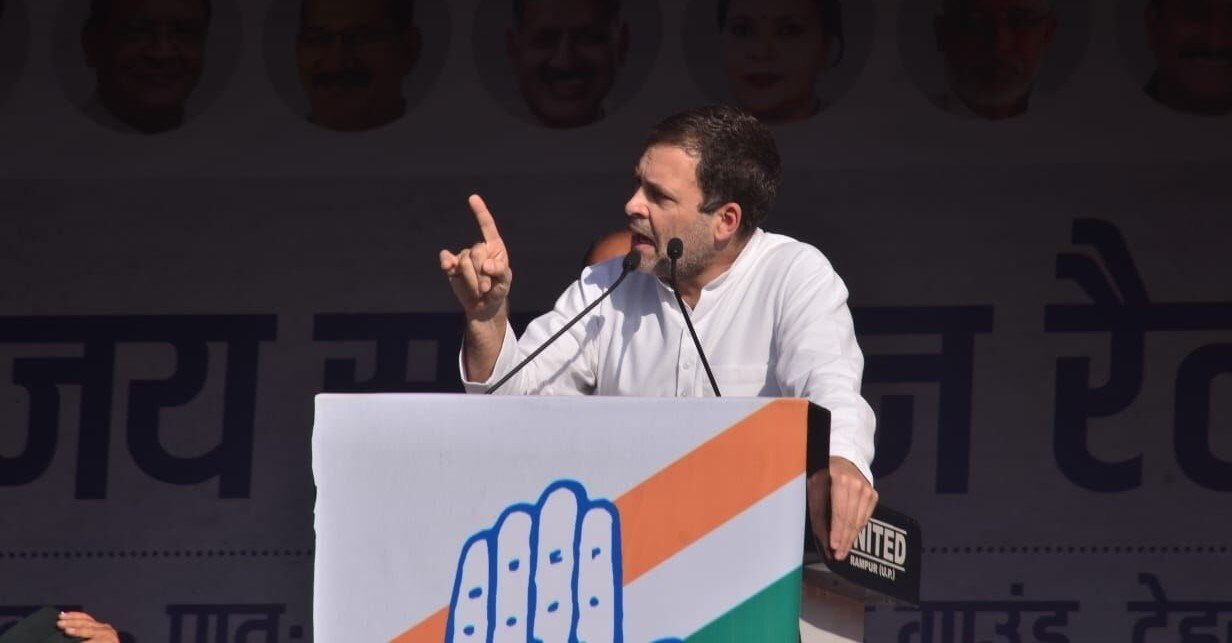 Congress leader Rahul Gandhi addresses a rally as part of the 50th anniversary of the 1971 war, in Dehradun on Dec. 16, 2021. (Twitter photo via IANS)

NEW DELHI (IANS) – The Congress party is going to elect a new president in 2022 and the schedule for the next election is out. The Congress election committee is preparing for polls from the block level to the party president and the elections for the working committee, the CWC, which is the highest decision making body of the party.

The G-23 has been critical of the party leadership for sitting idle and waiting for loss after loss and wanted efforts for the revival of the party. Interim president Sonia Gandhi responding to their calls said that, “The entire organization wants a revival of the Congress. But this requires unity and keeping the party’s interests paramount. Above all, it requires self-control and discipline. I am acutely conscious of the fact that I have been interim Congress president ever since the CWC asked me to return in this capacity in 2019.”

The District Congress Committees will publish a preliminary list of members together with the list of eligible contestants for participation in the elections. This list will be published before April 15, 2022.