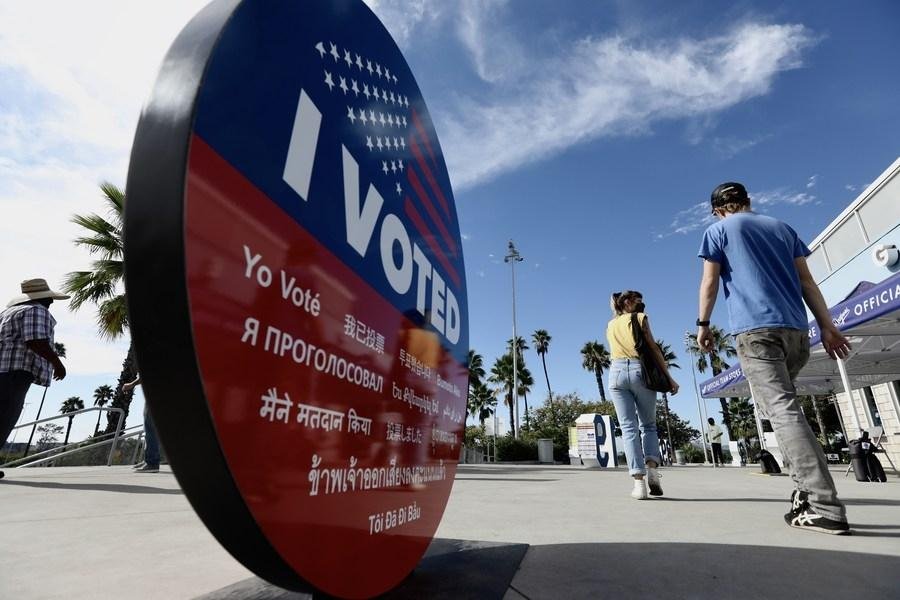 WASHINGTON, DC (IANS) – US voters have spoken, but control of the US Congress hung in balance on November 9 as several key races remained undecided.

Republicans are favored to wrest control of the House of Representatives, but the Senate could go either way though Democrats are ahead narrowly. Democrats also flipped two governorships.

But the Republican “wave” predicted by many did not happen, as Democrats defied the headwinds of history — the party that controls the White House loses the incumbent President’s first midterm elections — to minimize losses and flip seats previously held by Republicans.

John Fetterman’s victory in PA was the most notable of them all. The former Democratic Lt Governor of the state was way ahead of Mehmet Oz, a TV celebrity doctor endorsed by former President Donald Trump. And then he suffered a stroke which took him off the campaign and left him with lingering after-effects. Republicans pushed hard in the ending days of the campaign to close the gap. But he prevailed, winning one of the most closely watched Senate races.

Biden appears to have done far better, though the final numbers are still awaited.

The biggest winner of the 2022 midterm with future ramifications is Ron DeSantis, the Republican Governor of Florida. He won his re-election bid beating Democrat Charlie Crist by a large margin, which, according to many conservatives, gave him just the right platform for a 2024 presidential bid.

DeSantis’ victory also gave Republicans hope of rescuing the party from the grips of Trump, who, they believe, may have hampered the party’s chances of doing better by fielding and backing undeserving candidates solely for their loyalty to him, and his lies about his 2020 election defeat.

The Georgia Senate race is headed for a December run-off because no candidate got more than 50 percent of the total votes. Sitting Democratic Senator Raphael Warnock is ahead, but only marginally.

Republicans must get to 218 to take control of the House. They are on the way, but still some way off. But no matter how narrowly they win, their control of the chamber will mean the end of President Biden’s legislative agenda.

Additionally, they have threatened to also initiate impeachment proceedings against the President and launch investigations against his officials.

But Biden will draw some consolation at having escaped the fate that met all his predecessors — Obama had famously called his midterm defeat a “shellacking”.

Just to be clear, though, these midterm outcomes do not automatically determine the re-election chances of the President — Obama won a second term, as did Bill Clinton, whose midterm losses were upwards of 50. Trump, on the other hand, did lose his re-election bid.