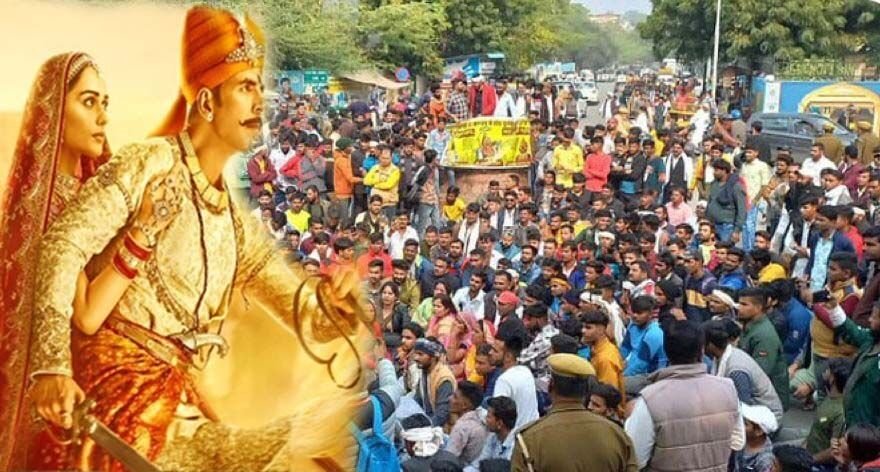 JAIPUR (IANS) – The Gurjars in Rajasthan have threatened to stop the screening of the Bollywood flick ‘Prithviraj’ starring Akshay Kumar if the movie continues using the term ‘Rajput’ for Prithviraj Chauhan.

The community claimed that Prithviraj was from the Gurjar community and he was not a Rajput. However, leaders from the Rajput community have strongly rejected their claim and said that Gurjars were initially ‘gauchar’, who then converted into Gujjars and then Gurjars. They basically come from Gujarat and hence got this name, claimed Shri Rajput Karni Sena national spokesperson Vijendra Singh Shaktawat.

Two days ago, members of the Gurjar community had staged a protest in Ajmer, threatening to stall the screening of the film if Prithviraj Chauhan is not shown as a Gurjar king.

“During the reign of Gurjar emperor Prithviraj Chauhan, the Sanskrit language was used but not the Pringal language which has been used by the poet.”

These are historical proofs that Rajputs were never in existence before the 13th century, we have proved this from historical facts and it has also been accepted by the people of Rajput caste at present and hence they claimed themselves as Kshatriya and not as Rajputs. In fact, even during a dispute, after the unveiling of Gurjar emperor Mihir Bhoj’s statue in Dadri and Gwalior, Rajputs submitted their caste as Kshatriya in the Madhya Pradesh High Court, said Singh.

The controversy over the movie is because the word Rajput was used at the time of Chand Bardai and not during the reign of Prithviraj Chauhan, he said, adding, “Prithviraj Chauhan’s father Someshwar has been connected with the Gujjar caste, and hence the son should himself be a Gurjar,” he added.

Shaktawat said that it’s true that Rajput is a title and not a caste. But then it is also a fact that Rajputs symbolize those who are connected to the land, which means sons of the soil who are ready to sacrifice their lives for the sake of their land.

It is true that the 13th century did not find mention of the Rajput word, Lord Ram was Kshatriya but he has never been known as a Rajput. Rajput is a title which means son of Raja, the legacy which continues amongst royals where kings get the title, he added.

He said that Someshwar was the king of Gurjarland which was a part of today’s Gujarat and Rajasthan and hence was called Gurjadhipati or Gurjaradheer which connected south Rajasthan and Gujarat. All claims of the Gurjar clan are hence baseless, he claimed.