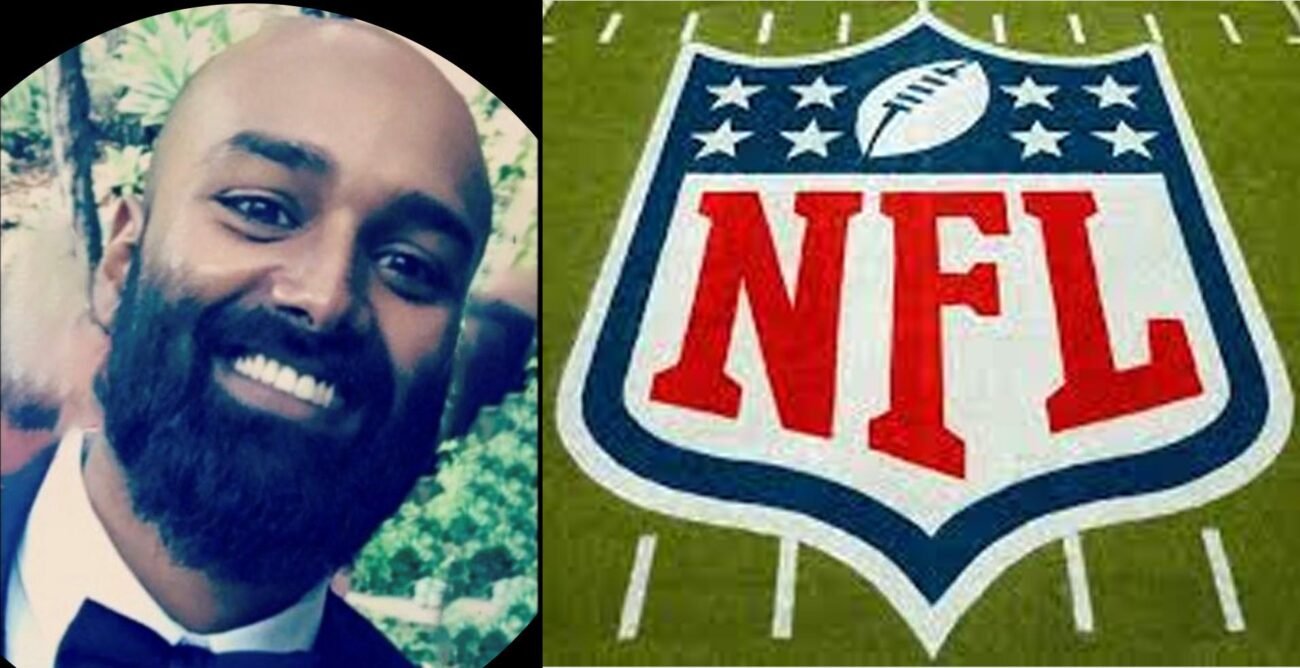 Indian American McEnroe Francis is a producer at NFL Network.

SAN FRANCISCO, CA – You may not have heard of McEnroe Francis, but you’ve almost certainly seen the sports content he’s helped create over the years for the NFL.

As a producer for NFL Network, for Francis – who was born in Goa, and immigrated to the U.S. with his family in 1983 – life is busy but good.

“It’s a dream to cover football for a living and I feel very blessed to do something I love on a regular basis,” he told India-West.

First off, some background on his successes. He joined the network in 2015 and has since produced a variety of key shows and events. He has worked on NFL Redzone, TNF pre/post-game coverage, NFL Now, The Aftermath, NFL Total Access, Inside Training Camp, Path to the Draft, and Super Bowl Live.

Most recently, he also produced the pre-and-post-game programming for the first all-streaming football game between the Kansas City Chiefs and the Los Angeles Chargers.

“The better the game, the easier it is to put together a show about it,” Francis told India-West about the first Thursday night game of the season which was watched by 13 million people. “I try to focus on the biggest matchups in the game and the biggest stars on display. I also want to work in all the Xs and Os of the game to help the avid fan and casual viewer understand what our analysts think will be the key to the game.”

The post-game show, he explained, is usually all put together on the fly as they are reacting to what happened in the game and helping the fans understand “why” the game ended the way it did.

“Sometimes a major injury or big play becomes the storyline and we change the focus of the show at the moment. It’s a fun way to make TV, living in the moment,” said Francis, who has field produced at the last five Pro Bowls.

Condensing all the action and drama on the field is exhilarating but a peek into the human and personal aspects of the players makes the job one-of-a-kind, said Francis. And he got to witness that once again while putting together the Walter Payton Man of the Year Nominee piece.

“The players do so much outside of the game that almost never gets publicized. I love seeing how much the players give back to their communities and showing off a side that most of the fans may not see,” he said about the league’s most prestigious honor.

As a line producer for some of the biggest shows at the network, a week in the life of Francis rarely follows a conventional schedule, but as he told India-West, “The days are long and the season flies by, but it’s very rewarding to see the final product week after week.”

His season schedule can be best described as “crazy,” he said.

“I produce four live shows a week in five days,” Francis explained. “Sundays, I produce NFL Red Zone for 3.5 hours during the major portion of the day…Working on Red Zone in the morning gives me a good gauge on what the big games of the morning were. I then watch the afternoon games and build out the show based on the outcomes of Sunday. Mondays, I produce NFL Now and then put together the Tuesday NFL Now show. Wednesdays I have as a prep day for Thursday Night Football pre/post-game shows. On Thursdays, I produce a 2- hour pregame and then a 1-hour post-game show.”

Francis landed a job at WBAL-TV in Baltimore, MD, straight out of college. Over a span of two years as a producer for the NBC affiliate, he covered everything from breaking news to the Preakness, a thoroughbred horse race.

He later worked in Philadelphia until the industry-wide mass layoffs triggered by the 2010 recession affected him, too.

After freelancing for a bit, he took the leap and moved to California where he continued to do freelance work for another two years before his big opportunity came.

Francis started as an overnight news producer and worked his way up to the line producer position.

“Working in news and entertainment before coming to the NFL has really set me up for success,” said Francis. “Being able to navigate breaking news situations when injuries and league news comes out has been a major advantage.”

Despite its glamor quotient, TV production is notoriously hard to break into. According to Francis, hard work can definitely take you places, but that’s not enough.

“I also believe that attitude is very important. You want people to want to work with you and you can hold people accountable while having a good time,” he said. “Relationships are also very important for careers and even more in television sports. I think you should lean on the people you trust and leverage your relationships to help get the opportunities you are interested in.”