HomeIndiaCovid, Indo-Pacific Region to Stand Out in Modi-Johnson Virtual Summit 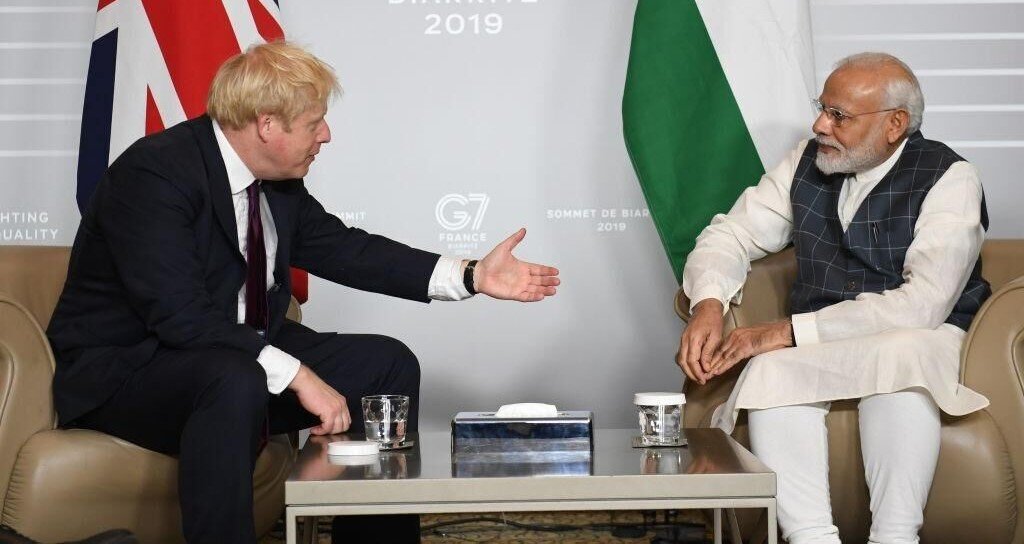 NEW DELHI – India and the United Kingdom are set to adopt a 10-year strategic plan that would steer ties of the two countries in key areas of global concern, including healthcare and climate action. They will also focus on the bolstering trade as well as defense and security ties, premised on strong and vibrant people-to-people exchanges.

The new strategic blueprint ‘Roadmap 2030’ will be flagged May 11 during a virtual summit between Prime Minister Narendra Modi and his British counterpart, Boris Johnson.

India and Britain have a deep historical relationship, which is acquiring new meaning after London decided to breakout of the European Union, and establish strong independent relationships with emerging economies such as India. Britain has also shown keen interest in bonding with the Indo-Pacific region following the rise of China and the rapid emergence of a multipolar world.

Analysts point out that with the center of gravity of world economic power gravitating towards the Indo-Pacific, former European colonial powers, including Britain, France and Germany, are re-orienting their foreign policies towards this emerging region, shedding their erstwhile focus primarily in the direction of the Atlantic alliance. India is a major pivot Europe’s rediscovery of Asia.

As expected, the two leaders will discuss Covid-19 cooperation and the global efforts to fight the pandemic, a Ministry of External Affairs said in a statement ahead of the summit. Already, the Pune based Serum Institute of India manufactures the AstraZeneca vaccine, branded as Covishield in India, in partnership with Oxford university of Britain.

Separately, the British foreign office also announced May 2 that that the U.K. will send 1,000 additional ventilators from its surplus stocks to support India’s Covid-19 fight.

“The terrible images we have seen in India in recent weeks are all the more powerful because of the close and enduring connection between the people of the U.K. and India,” Johnson said.

“I am deeply moved by the surge of support the British people have provided to the people of India and am pleased the U.K. government has been able to play our part in providing life-saving assistance. The U.K. will always be there for India in its time of need.”

But the dialogue between the two leaders is expected to go well beyond collaboration in the politically sensitive health sector.

Earlier, London had announced that Johnson’s summit with PM Modi would “unlock the opportunities in the region.”

The UK is also applying for partnership with the 10-nation Association of South East Asian Nations economic union, an initiative that docks with New Delhi’s ASEAN cantered Act East policy.

With China as the elephant in the room, Britain’s Queen Elizabeth aircraft carrier will join its NATO allies, to show the British flag in the South China Sea, a major component of the Indo-Pacific region.