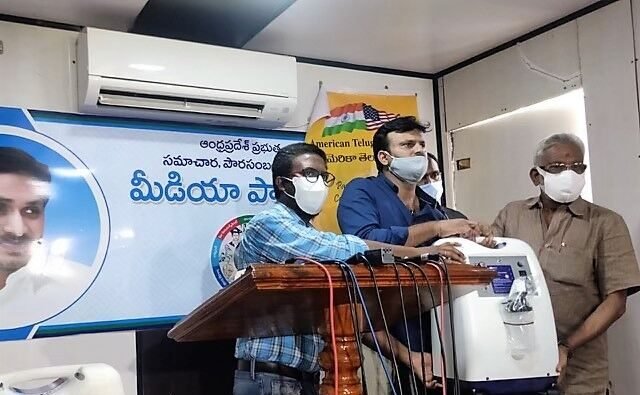 Four hundred oxygen concentrators have been donated so far by the American Telugu Association to the states of Andhra Pradesh and Telangana, according to the group’s Indian American president Bhuvanesh Boojala. (photo provided)

The American Telugu Association announced June 2 that it has donated 400 oxygen concentrator units to government hospitals and to the people of Andhra Pradesh and Telangana states as part of its COVID-19 disaster relief efforts.

“Our thoughts and prayers are with India. ATA has sent 400 oxygen concentrators to both the Telugu states as of now. More help is on the way,” Bhuvanesh Boojala, the group’s Indian American president said in a press release.

The release noted that the organization, which will be dispatching off more concentrators in the coming weeks, has also worked out the logistics to get expert medical advice from global doctors to the affected families.

One hundred oxygen concentrators were delivered to the district hospitals in Warangal, Mulugu, Karimnagar, Banswada, Jadcherla, Mahabubnagar, Achampet, Narayanpet and Wanaparthy, while 50 units were sent to Andhra Pradesh and were handed over to the state government to meet the needs of local government hospitals.

Sixty units are scheduled to be delivered to the Rayalaseema region soon, it said, adding that the distribution efforts were overseen by the organization’s local representatives.