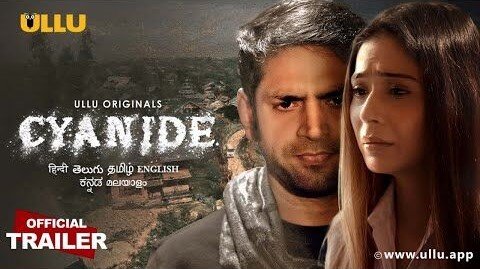 Aisha is the only lucky survivor of cyanide poisoning administered by her husband Mohan, whom she shockingly discovers to be involved in 12 such serial murders. Mohan kidnaps Aisha’s son to get rid of the Police trail and absconds with his next prey Sana, a beautiful Kashmiri woman to Gulmarg. Will Aisha be able to save her son and would the truth ever be revealed what instigates Mohan to murder these women?

Watch ” Cyanide ” on Nov. 19 and discover the truth of his wrecked affair with her desirable stepmother that triggered the killings!

MUMBAI (IANS) — Sharib Hashmi and Sara Khan are set to play the leads in the gut wrenching thriller ‘Cyanide,’ the trailer of which has been recently unveiled.

The series follows the chilling story of a serial killer, who kills women by giving them cyanide pills under the pretext of contraceptives after marrying them. The killer preys upon women, who can’t find a perfect match or who are under the pressure of dowry.

Talking about her role in the dark thriller, Sara says, “I play the character of Cyanide’s wife in the show named Aisha. Aisha is an independent woman living with her in-laws even after the death of her husband; with a 7-year-old son who means the world to her.”

She adds, “Falling prey to Cyanide’s love was her biggest mistake but that mistake made her the only witness who knew about his wrongdoings. We shot in the beautiful locales of Kashmir in the winter. There are various folds to the story as and when it proceeds and we are sure the audience will be hooked till the end.”

Commenting on the trailer release, Vibhu Agarwal, Founder and CEO, ULLU said, “ULLU has created some pathbreaking content inspired by real-life incidents. ‘Cyanide’ is a series inspired by the gruesome past of a serial killer in a reel-life story. With this stellar star cast and gripping storyline, we are sure the series will be loved and accepted by all”.

The series directed by Rahat Kazmi, also features Akshita Agnihotri and Mir Sarwar in addition to Sharib and Sara and is set to stream from Nov. 19 on the ULLU app.