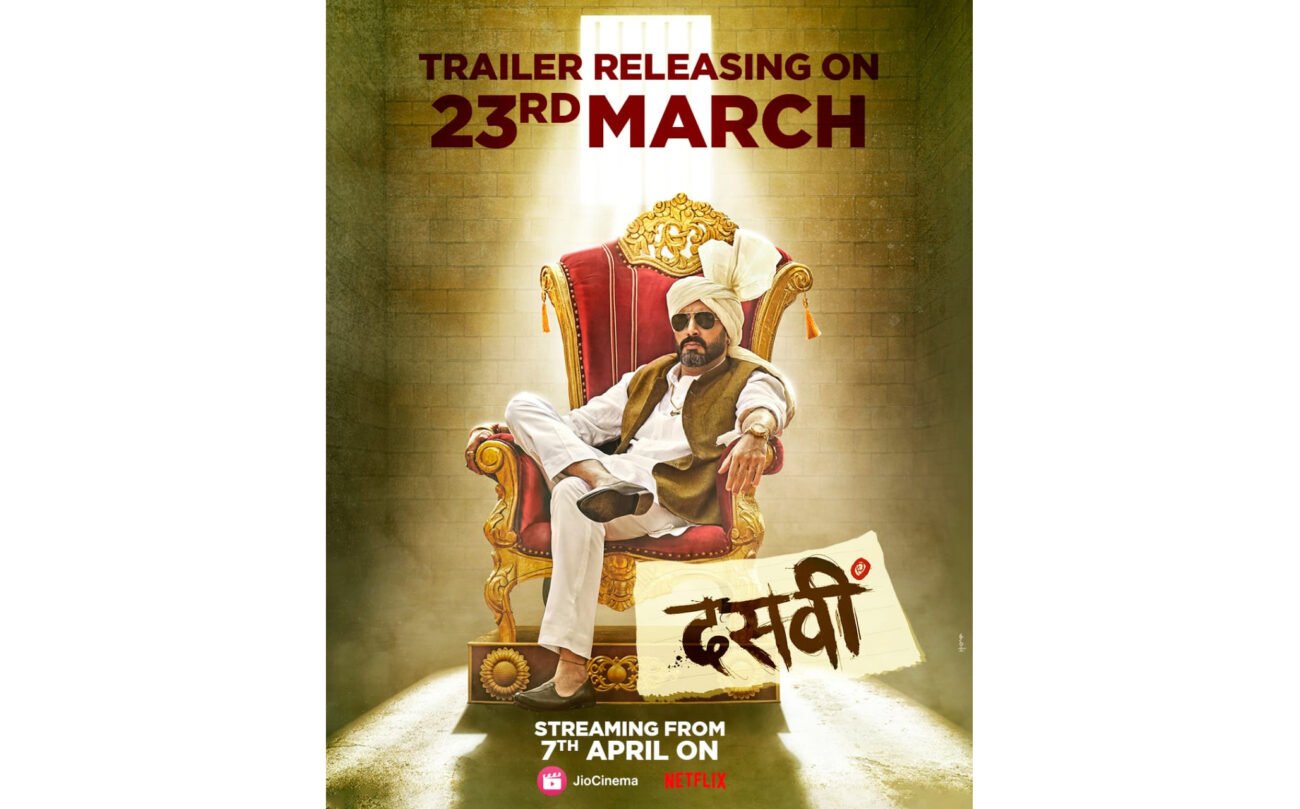 MUMBAI (IANS) – Following the intriguing and engaging teaser, the makers of the upcoming film ‘Dasvi‘ shared a special poster from the film on Mar.16.

The poster features the lead star Abhishek Bachchan, as he can be seen seated on a red throne wearing a traditional Haryanvi attire with a head gear, looking dapper yet desi.

The trailer of the film is set to hit the airwaves on Mar. 23.

The film, which is presented by Jio Studios and Dinesh Vijan and produced by Maddock Films and Bake My Cake Films, has been directed by Tushar Jalota.

In addition, it also stars Yami Gautam and Nimrat Kaur. The film will be available to stream on Jio Cinema and Netflix from Apr. 7.