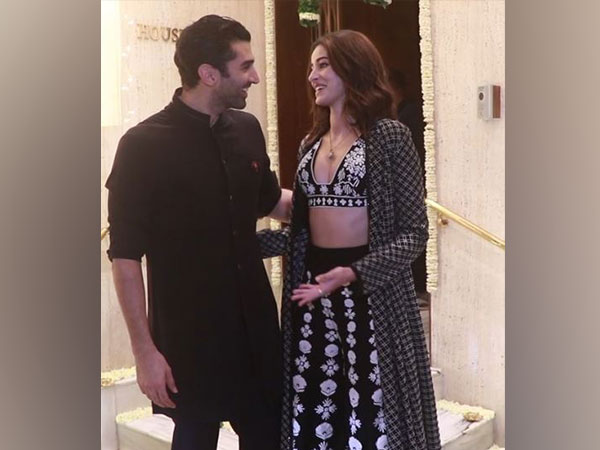 MUMBAI, (ANI) – What’s brewing between Aditya Roy Kapur and Ananya Panday is a question that has been on the minds of their fans.

Recently, actress Kriti Sanon hosted a Diwali party where the who’s who of Bollywood marked their presence. Aditya and Ananya were also a part of the bash. One of the pictures of Aditya and Ananya from the party went viral and since then their dating rumors have spread on the internet like wildfire.

The image was originally shared by Neha Dhupia. In the picture, Neha poses with her husband Angad Bedi and host Kriti. The trio was clicking a selfie, but it was Ananya and Aditya in the background that caught eagle-eyed fans’ attention.

In the image, the rumored couple looked busy in their conversation as they were unknowingly caught in the background.

And now, Aditya and Ananya have once again stolen everyone’s attention by appearing at fashion designer Manish Malhotra’s Diwali party at his residence on October 20 night.

In one of the videos, Aditya is seen posing for shutterbugs when a photographer called out, “Adi bhai, Ananya bhi hai waha pe,” said one photographer.

Ananya then joined Aditya and posed with the actor.

“Ye jodi hit hai,” cheered the paparazzi as the duo blushed while posing for the camera.

Aditya and Ananya arrived at the party in stylish black outfits.