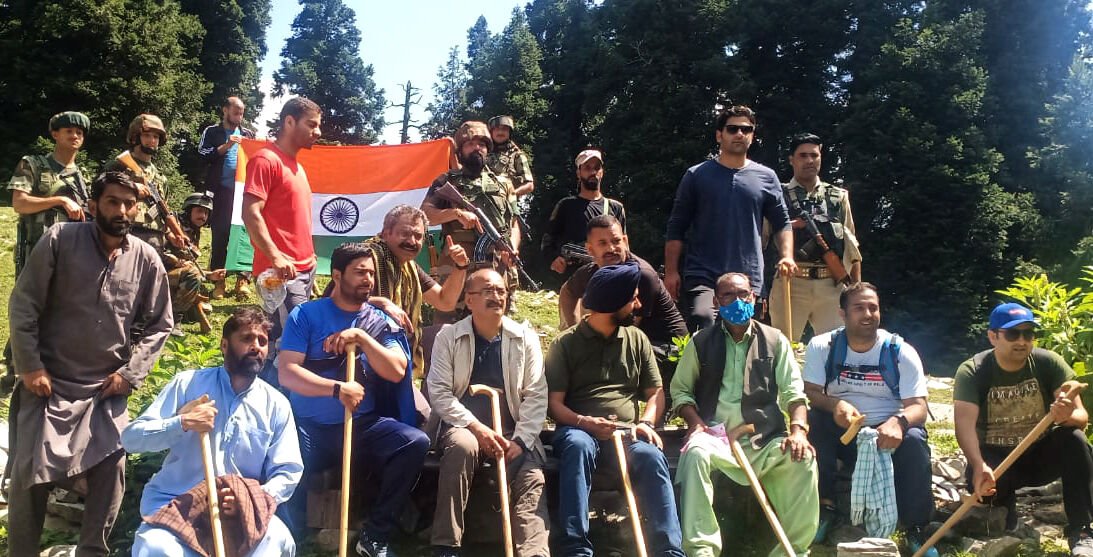 Indian Army personnel along with the Civil Administration of Sub Division Uri and local youth take an initiative to organize a trek as a part of the 75th Independence Day anniversary celebrations, in Baramulla on Aug. 12. (ANI photo)

NEW DELHI – The armed forces and different organizations under the Ministry of Defense are set to conduct various events across the country to commemorate the 75th anniversary of India’s Independence.

To commemorate 75 years of independence, the Border Roads Organization will unfurl the national flag at 75 important passes across the country.

A total of 75 teams from the BRO will depart Friday to these remote passes. The most prominent among them is the Umlingla Pass, which is the highest motorable road in the world at 19,300 feet in Eastern Ladakh.

The tricolor will also be unfurled at prominent infrastructure landmarks like the Atal Tunnel in Rohtang and the Dhola Sadiya Bridge in the northeast, besides in friendly foreign countries.

The Indian Coast Guard will unfurl the national flag at 100 islands pan India on Aug. 15, as part of the ‘Azadi ka Amrit Mahotsav’ program. The proceedings will start Aug. 13.

Indian Navy personnel and their families will participate in the ‘Freedom Run’ at the Naval Officers Mess in New Delhi.

Rajnath Singh will virtually flag off the run, which is part of the ‘Fit India Freedom Run 2.0’ to be launched across the country Friday.

To instill a sense of pride and confidence among the citizens that the Indian Army is committed to protecting the country in all types of terrain and climate, the teams of the Army will scale 75 mountain passes to mark the occasion.

The passes include Saserla Pass in Ladakh region and Stakpochan Pass in Kargil region, among others.

The NCC cadets will carry out cleaning and maintenance of 825 statues adopted by 825 NCC battalions.

To showcase and expand the defense export capabilities, various products/facilities will be launched by the defense minister.