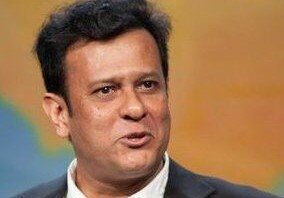 India’s farmer protests, the fear behind it and how they are resonating with American farmers forms the crux of a new documentary, “Déjà vu.” It also explores the opening up of the agrarian economy in the U.S. 40 years ago, its implications, and the lessons for India.

Directed by Indian American scientist-turned-filmmaker Bedabrata Pain, the film underscores how the U.S. went through the exact same reforms in the agriculture sector that India aspires to implement today and faced devastating consequences.

The Los Angeles, California-based ex-NASA scientist, who won a National Film Award for his debut film, “Chittagong,” laid out the similarities in an op-ed in National Herald India.

“Our documentary is titled ‘Déjà vu’ because the discussions on ‘opening up’ of agriculture to free market, end of MSP, contract farming, minimum government control etc., that India is having today took place in America 40 years ago,” he wrote. “Even words used by Prime Minister Modi about how these reforms would bring prosperity, how big companies are really ‘good citizens,’ and wealth creators are similar to what President Ronald Reagan said in the US. Nothing is thus new.”

He went on to point out the accelerating cases of farmers’ suicide in America, writing, “Here we were, thinking America is the land of opportunities, of milk and honey…who could have imagined that American farmers, too, are committing suicide! I thought there is no better way to understand this than to chronicle the American farmers’ story.”

Accompanied by three other “brown” people, Pain wrote that they traveled over 6,000 miles in biting cold through Iowa, Kansas and Wisconsin, the “whitest of white America,” in a Toyota, meeting farmers.

“These were places that voted for Donald Trump. This was Trump country. But while we hear of white racism and xenophobia, we got heart-warming response. We spoke to Black American farmers, too, and they all welcomed us because they wanted to speak,” he recalled.

He noted that changes that are happening in India have happened in America with “disastrous consequences” for the small farmers but not for the big corporates.

“Urban America has no clue about the rural decay that exists. Rural America is almost like a third world country. We found American farmers aware of what is going on in India. They are keenly watching how things progress in India,” he wrote. “They regret not being able to organize protests back in their time when big changes were happening.”

“When a neighboring farmer is in distress, we are able to come together, provide food and other supplies and assistance but when it came to coming together and launch a mass movement, we failed,” Pain quoted the American farmers as saying.

“Here was a first world community telling us, ‘we want to learn from India how to protest and how not to give up.’ That was a most heart-warming experience for us,” he added.

Pain noted that in a free market where there is an inherent power imbalance between small farmers and the big companies, there is no way the farmers can hold their own.

He also pointed out that the “average farm income in the U.S. for the last eight years has been negative; 80 percent of meat packaging is controlled by big corporations, seeds 65-70 percent. John Deere has almost complete monopoly over agriculture machinery; contract farming in America is mainly happening in poultry and livestock; and most of the subsidy goes to the few big guys at the top. 70-80 percent of the subsidies goes to top 10 percent of the farmers.”

Pain stated that the so-called free market very quickly turns into monopoly which is a bonanza for the corporate sector but destroys small farmers.

“They are quitting agriculture not because they are getting a great job elsewhere, they are actually becoming a janitor or committing suicide or retiring in poverty,” he wrote.