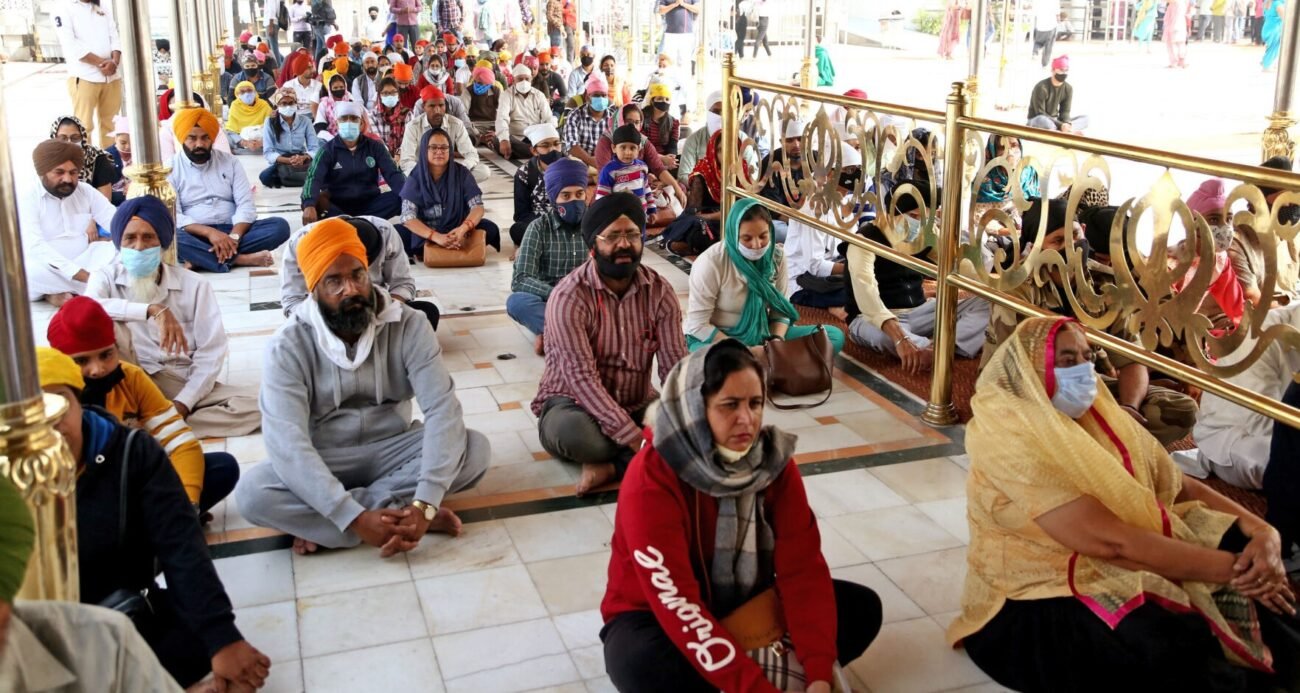 Devotees attend an Ardas Samagam to pay tribute to the victims of the 1984 anti-Sikh riots, at Bangla Sahib Gurudwara, in New Delhi on Nov. 1, 2021. (ANI photo)

He informed that the case was previously closed as untraced in 1994 and the SIT had opened it again.

The court has heard arguments from both sides and now the matter is listed on Dec. 16 for formal framing of charges.

Additional Sessions Judge MK Nagpal, while passing the order, said, “This court is of the considered opinion that a prima facie case is made out against the accused for framing of charge against him for commission of the offenses punishable U/Ss 147/148/149 IPC as well as the offences punishable U/Ss 302/308/ 323/395/397/427/436/440 read with Section 149 IPC. Charges are accordingly directed to be framed against him for the said offenses.”

“In prima facie opinion of the court, the oral and documentary evidence collected by the IO(s) during the course of investigation of the case is sufficient to make this court to form a prima facie opinion that an unlawful assembly or mob of several thousand persons armed with deadly weapons like danda and iron rods etc. was there on the above said date, time and place and the common object of such mob or unlawful assembly was to resort to large scale looting, arson or destruction of property of Sikhs to avenge the killing of the then Prime Minister Indira Gandhi by her two Sikh bodyguards and the above incident of attack on the house of complainant took place at the hand of said mob only and in the said attack not only the house and other household articles of the complainant were looted and destroyed, by fire or otherwise, but also the killing of her husband and son took place and even the complainant and the other victims suffered injuries at the hands of participants of such mob,” the court order said.

“Further, there is also sufficient material on record for this court to form a prima facie opinion that the accused was not only a participant of the said mob, but also leading it,” it added.