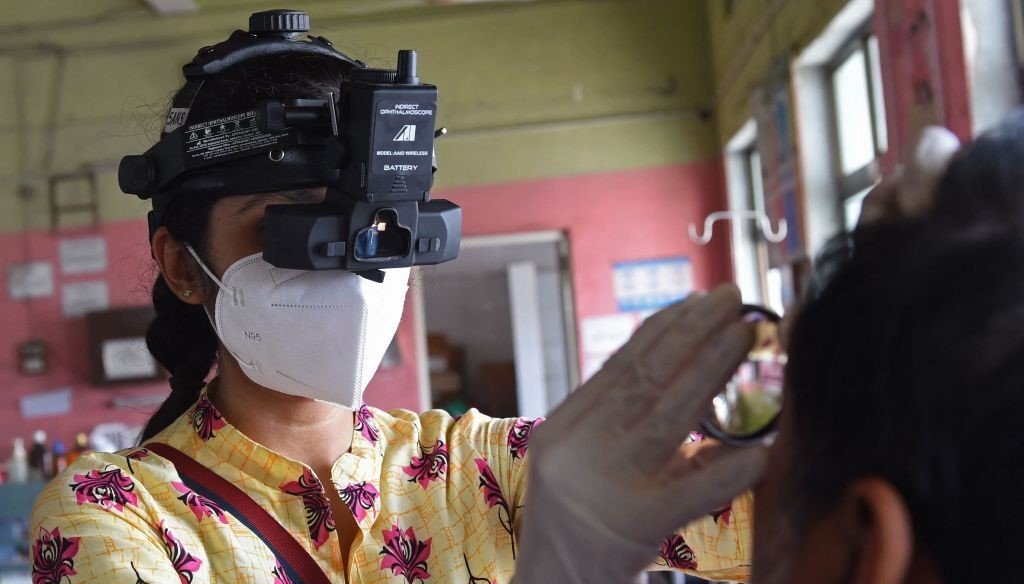 A doctor examines a patient infected with Black Fungus or scientifically known as Mucormycosis, a deadly fungal infection, at a civil hospital in Ahmedabad on May 23. (Sam Panthaky/AFP via Getty Images)

Black fungus, a side effect of Covid in India, has killed more than 250 people. An estimated 8,850 cases have been identified.

A bench comprising Justices Vipin Sanghi and Jasmeet Singh said, “We direct that if any import is made by any person of this drug (Amphotericin B), it shall be allowed on a bond furnished by the importer without the actual duty being paid, till a decision is taken by the Centre.”

The bench observed that the medicine is essential to save lives of several thousands of people suffering from mucormycosis, also known as black fungus. In the backdrop of a shortage of the medicine in the country, the High Court emphasized that the Centre should seriously consider waiving customs duty for a limited period or till issues with shortage of medicine exist.

On the aspect of the bond for importing the medicine, the High Court said any person can import Amphotericin B and if any import is made by any person, it should be cleared by accepting the bond from the importer without actual payment of duty till the Centre takes a final decision in the matter. The court made these observations during arguments on a plea by a black fungus patient who was facing difficulties in accessing the medicine.

The Centre’s counsel cited a notification by the Centre on complete waiver of customs duty on all lifesaving drugs, if imported by an individual for personal use, and Amphotericin B is on the that list of drugs.

The High Court added that if Delhi government were to procure the medicine from other sources, then it should not face any hurdles or be stopped.