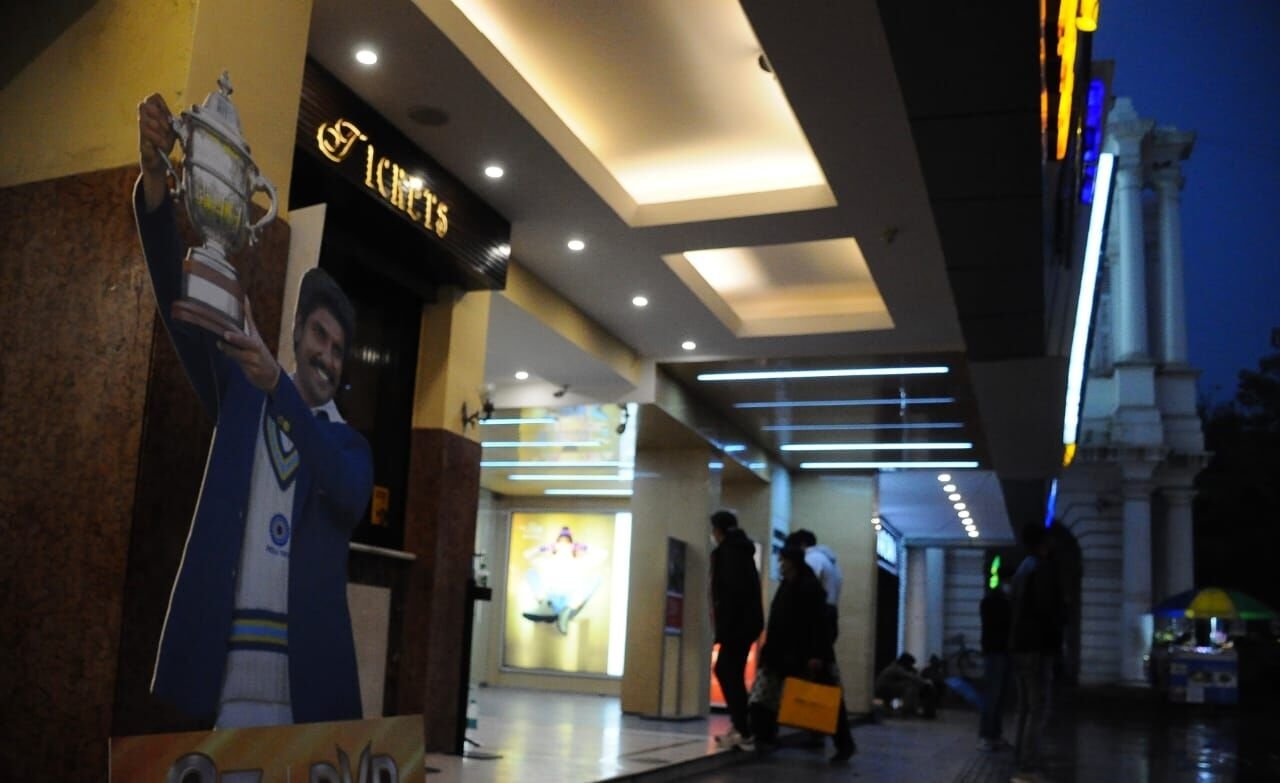 The Delhi government ordered a shutdown of cinema theaters and multiplexes on Dec. 28. (photo via IANS)

MUMBAI – Just as the industry had started celebrating the huge box-office successes of “Spider-Man: No Way Home” and the Allu Arjun-starrer “Pushpa: Part I,” and the much-hyped release of the Ranveer Singh-led Kabir Khan film, “83,” the Delhi government’s order on Dec. 28 shutting down cinema theaters and multiplexes has come as a big jolt.

The Arvind Kejriwal government took the decision after the Covid-19 positivity rate in the capital rose alarmingly to 0.55 percent on Dec. 26 and 0.68 percent on Dec. 27. It was a part of its yellow alert drill under the Covid Graded Response Action Plan.

The makers of the Shahid Kapoor-starrer “Jersey” have already announced that they are postponing the cricket drama’s release, which had been slated for Dec. 31.

Now, the big question is whether the next big-banner release — S.S. Rajamouli’s multi-lingual “RRR” – will also be affected by the Delhi government’s decision, although its primary audiences are in the two Telugu-speaking states.

Trade analysts say Delhi City contributes 7-8 percent of Bollywood’s revenue, but their fear is that what happens in the capital is soon replicated elsewhere, starting with Gurugram and NOIDA.

Responding to the Delhi government’s decision, Kamal Gianchandani, president, Multiplex Association of India, said that “it has caused massive uncertainty and could lead to irreparable damage to the Indian film industry.” The months since March 2020, he emphasized, have been “undeniably the most challenging period faced by Indian cinema theatres in their long history.”

Emphasizing the capability of cinema theaters to run shows while following Covid protocols, Gianchandani, who is also the CEO of PVR Pictures Ltd., said: “After being allowed to reopen, cinemas have demonstrated their ability to operate safely for the public and the employees by using the enhanced ventilation systems, raising hygiene standards, and following safety protocols.”

He added: “Not a single outbreak of Covid-19 anywhere around the world has been traced to a cinema.”

Gianchandani said that instead of closing down cinemas, the Delhi government should consider introducing a “double vaccination requirement” to enter the theaters, “as is the case in some of the other states (including Maharashtra).”

“Alternatively,” he added, “the seating capacity restriction of 50 percent can be reintroduced in the cinemas.” He called upon the Delhi government “to recognize the unique social, cultural and economic value of the Indian film industry,” and to provide “the support it so desperately needs to survive this unprecedented period.”

Reflecting on the move, Sumit Kadel, an independent film and trade analyst, said: “Delhi is one of the major markets for the film industry, especially for multiplex-oriented films. The shutting down of cinema theatres in Delhi and imposition of night curfews in states such as Uttar Pradesh, Gujarat and Madhya Pradesh have resulted in the cancellation of night shows.”

All this will have a huge negative impact on the business, Kadel said, adding that movies such as Akshay Kumar’s “Prithiviraj” from YRF Films, which were due for release in February, might get postponed.

Media and Internet research analyst Karan Taurani said: “This will create panic among producers, who will decide yet again to defer their release dates, given the uncertainty regarding timings/restrictions.” Taurani added that “a decent film” such as “83” had been affected because the “cinema-going sentiment of audiences has taken a big hit in the last 10 days.”

He continued: “This will have an adverse impact on windowing terms (four weeks at present and expected to return to the industry average of six to eight weeks by March 2022), distributor share arrangements and consumer sentiment.”

The occupancy percentage at cinema theaters, in fact, has been down to 60 to 30 percent (for big and small films, respectively) of pre-Covid levels.

Taurani also shed light on how this would affect ticket pricing. He said: “PVR and Inox may bottom at a price point of 25-30 percent above their March 2020 bottom (PVR/Inox at Rs 1,100 and Rs 280, respectively), if the third wave isn’t expected to be as severe and dreadful.”

Nonetheless, he cautioned, recovery will be delayed because it is up to the states to revise occupancy caps and restrictions.