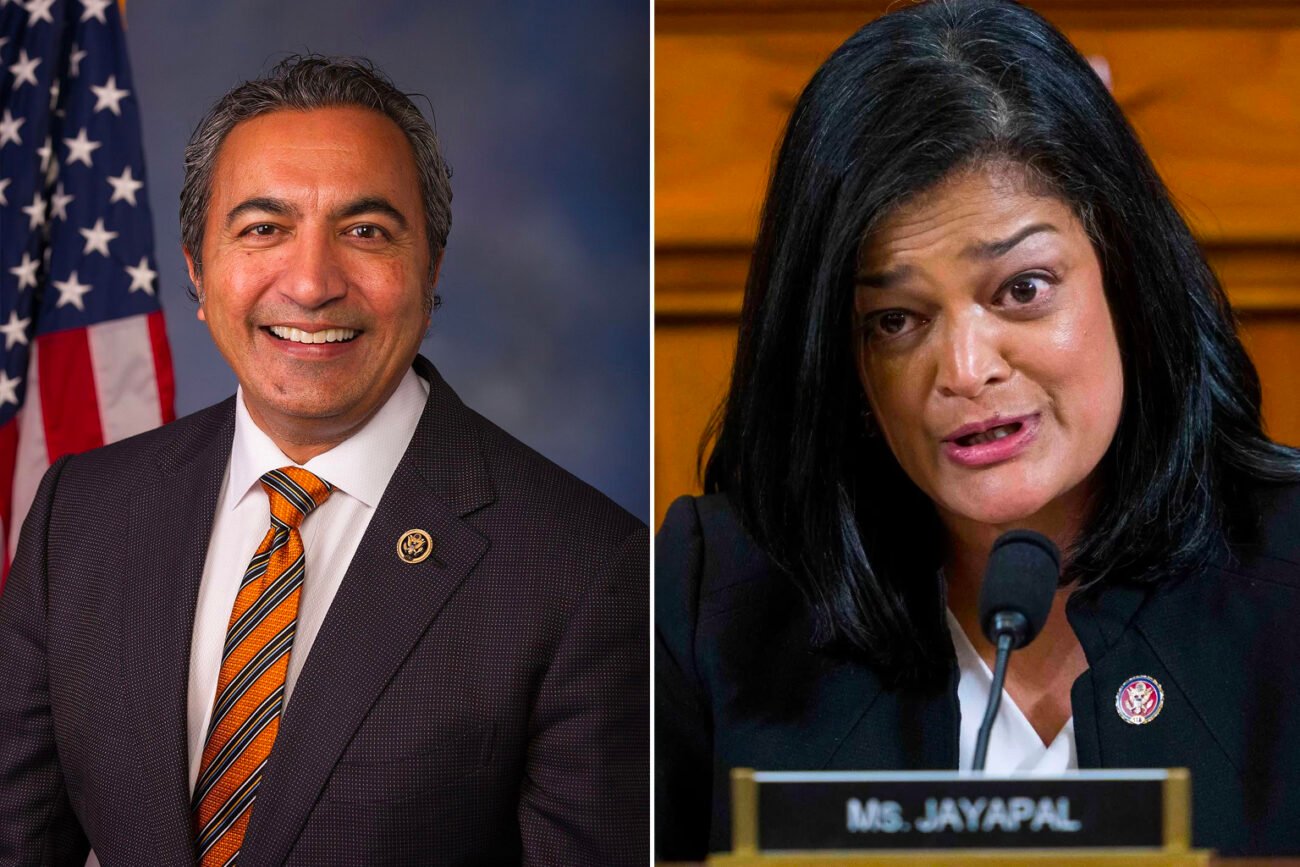 After the meeting, Jayapal said, “I want to thank President Biden for a very productive meeting on how to advance so many of our shared goals. We discussed progressive legislative priorities and our mutual commitment to delivering as much relief as possible for the American people.”

In a statement she said, “In particular, we encouraged the administration to quickly act on policies that will lower costs, raise wages, and put money back in working people’s pockets, including canceling student debt, raising the overtime threshold, lowering prescription drug costs, expanding renewable energy to decrease reliance on fossil fuels, and fixing the Affordable Care Act ‘family glitch’ to expand access to health care.”

The New Democrat Coalition too thanked the President for his “strong and steady leadership” and underscored urgent action to pass “a bipartisan innovation bill that strengthens global supply chains and eases inflation, a strong budget reconciliation bill that does a few things well for longer with a focus on lowering costs for families, reducing drug prices, and tackling climate change and a bipartisan legislation to lower gas prices, increase public safety, and create opportunities for all Americans.”

Among South Asians present at the meeting from the White House was Ali Zaidi, White House National Climate Advisor.