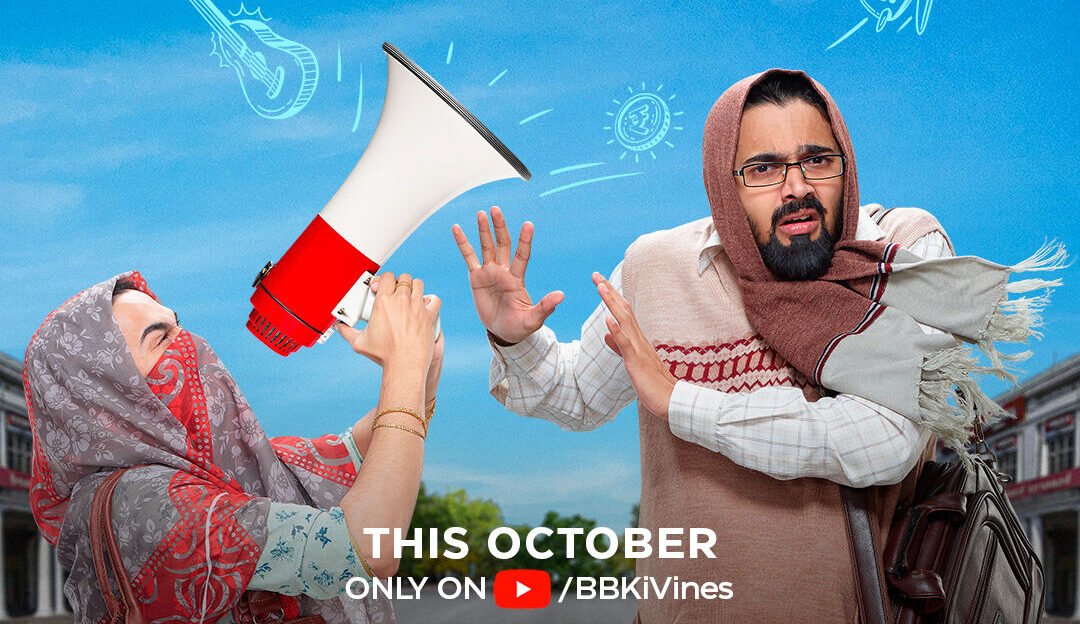 The poster for “Dhindora.” (Publicity photo)

MUMBAI — Bhuvan Bam’s “Dhindora” raised many whistles with its premiere episode release. The first-ever show released by an independent creator —essentially a ‘creator led’ show — the premiere episode was welcomed by fans with open arms.

Digital star, actor and India’s favorite YouTuber, Bhuvan Bam, has released the first episode of his much-awaited web show “Dhindora” on his YouTube channel “BB Ki Vines.” After the successful launch of the “Dhindora”’s poster by Asia’s biggest director S.S. Rajamouli and the trailer trending on #1 across platforms, Bam’s fans have been going gaga waiting for its launch. And with many industry stalwarts and celebrities wholeheartedly supporting the show, the response thus far has been nothing short of spectacular.

A sneak-peak into the much-awaited premiere episode depicts the morning chaos witnessed in every common man’s household. Things take a turn when Babloo-ji gets fired from his job and bumps into a lottery ticket vendor on his way home. Will having fortuitously bought a lottery ticket work in Babloo-ji’s favor?

Thrilled on receiving an overwhelming response for the launch, Bam said, “We have worked over 3 years to bring “Dhindora” to life. Today feels surreal when we finally present to you what we have been creating with all our hearts. I’m grateful to each and every person who has supported us through this journey. Each of my characters is a real-life inspiration for me and I’m glad they are receiving so much love from the audiences. Cannot wait for you all to experience “Dhindora,” and what we have in store for the coming weeks.”

Having created iconic characters like Bhanchoddas, Sameer Fuddi, Titu mama, and others, Bam diligently shot for “Dhindora” despite the pandemic. The show, directed by Himank Gaur, is a light-hearted story that revolves around Bhuvan and his family’s trials in the midst of some hysterical yet acute situations.

“Bhuvan came up with the entire story idea of “Dhindora” in 2018. It was always manifested that we wanted to take the long format route and I’m extremely glad we are going live with the first episode of our very own show today. This is for all our audience that has been associated with BB Ki Vines for the past 6 years, These 8 episodes over the next eight weeks is dedicated to each one of you.” said Rohit Raj, producer.

Following one of the biggest show launches in the country, the first two episodes have already crossed 55 million views. After applauding them, fans are already eagerly awaiting the next, as can be seen in the dedications and comments the digital actor has received for “Dhindora” on his social media. To get a peek into the behind-the-scene of the series and an extra dose of humor from BB’s universe, subscribe to BB Ki Vines Productions on YouTube (https://rb.gy/npomrt)

Basis a report published by Ormax Media, “Dhindora” was the most-watched show in the country during the first week of its release. The successful launch received hearty applauds from the entertainment industry, including from Arjun Kapoor, who said. “Bhuvam Bam ka #Dhindora is the hottest thing on the net right now! So proud of you buddy! @Bhuvan,Bam22.”