Did Mahua Moitra Hide Her Louis Vuitton Bag in Parliament? 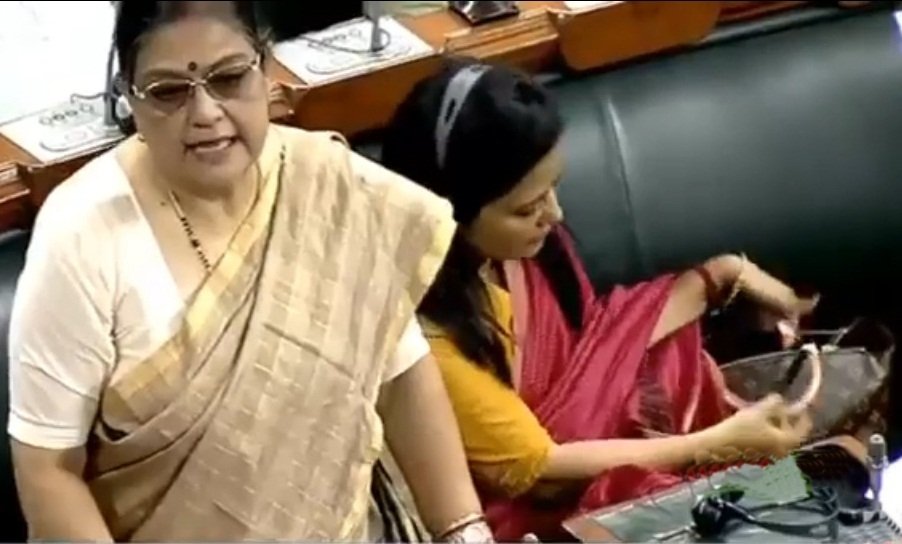 Did Mahua Moitra Hide Her Louis Vuitton Bag in Parliament?

NEW DELHI, (IANS) – Trinamool Congress MP Mahua Moitra was on August 1 reportedly seen hiding her Louis Vuitton bag during a discussion on price rise and inflation in the Lok Sabha.

When Trinamool’s Kakoli Ghosh Dastidar was speaking on price rise, Moitra, sitting beside her, was caught on camera moving her bag from the seat next to her to near her feet under the table. Reports suggest that it was a Louis Vuitton bag priced at more than Rs 1.5 lakh.

The video of Moitra hiding her bag went viral on social media with many netizens asking as to how could a Trinamool MP cornering the government over the issue of price rise carry such an expensive handbag.

From the beginning of the Monsoon Session, the opposition parties have been targeting the government over price rise, inflation, and other issues.