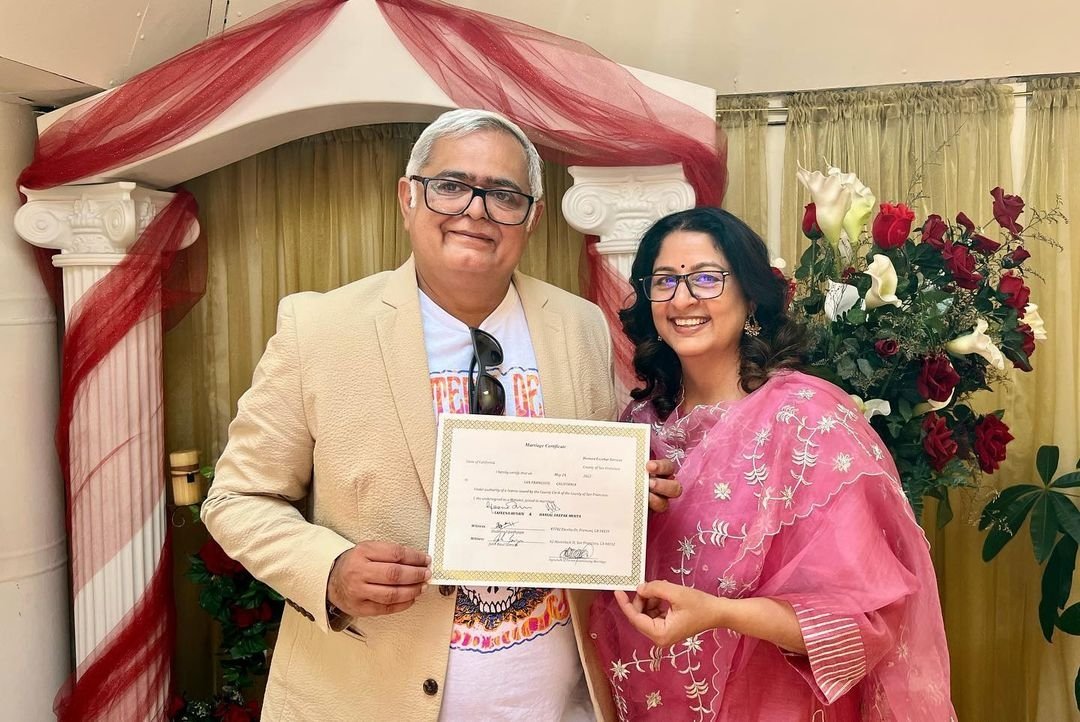 The filmmaker took to his Instagram to share an array of pictures from the simple and heartwarming wedding celebrations. He wrote in the caption, “So after 17 years, two children, watching our sons growing up and chasing our respective dreams we decided to get hitched.”

“As always in life this was also impromptu and unplanned. Our vows, however, were truthful and but for this little ceremony, they would never have been said. Ultimately love prevails over all else. And it has… (sic)”, he wrote further.

Safeena is a social worker and founder of Educate Girls – a non-profit organization based out of Mumbai. She is the daughter of the late actor Yusuf Hussain. Hansal has two daughters with Safeena and two sons from his previous marriage.

Hansal’s friends and professional associates took to the comments section to congratulate the newlywed couple on their special day. Mehta’s frequent collaborator Rajkummar Rao, whom the former has directed in ‘Shahid’, ‘City lights’ and ‘Aligarh’, commented, “Congratulations my fav couple. You guys complete each other. I love you both.”

Manoj Bajpayee, who has worked with Hansal in ‘Aligarh’, wrote in his comment, “Wow! Wow!! Congratulations & best wishes to both of you lovelies.”