HomeIndiaDiscord Between Telangana Governor, CM at Point of No-Return?

Discord Between Telangana Governor, CM at Point of No-Return? 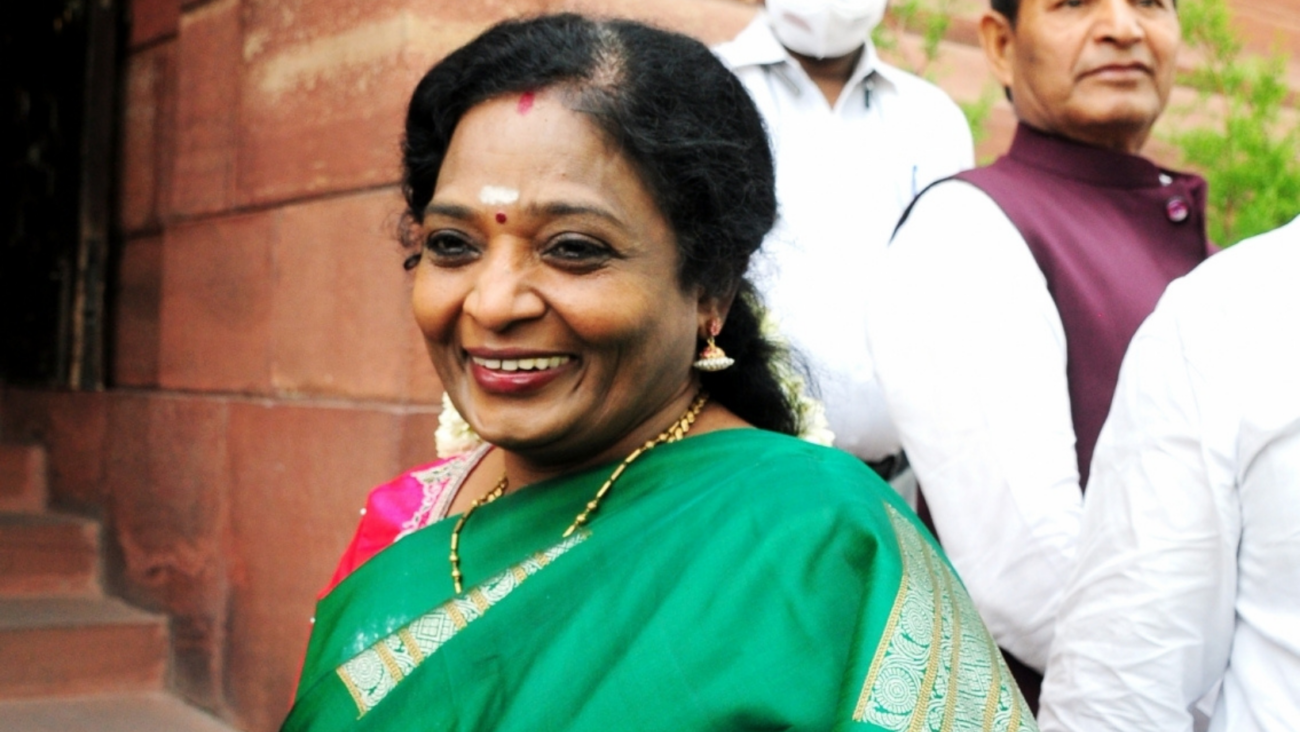 Discord Between Telangana Governor, CM at Point of No-Return?

HYDERABAD (IANS) – The discord between Telangana Governor Tamilisai Soundararajan and the state’s Telangana Rashtra Samithi (TRS) government appears to have a reached a point of no-return.

The Governor publicly complaining about the “insult” meted out to her by the state government may deepen the friction between them.

After meetings with Prime Minister Narendra Modi and Union Home Minister Amit Shah on Apr.6 and 7, Soundararajan came out openly to accuse the TRS government of “insulting” her.

The TRS government too hit back at her. Energy Minister Jagdish Reddy called her comments uncalled for and termed her a “BJP leader”.

The development indicates that Telangana may be heading West Bengal and Kerala way where the Governors have locked horns with the state governments.

Telangana Chief Minister K. Chandrasekhar Rao’s views on how the party ruling at the Centre misused the office of the Governor over the years are well known. He has been targeting the BJP government at the Centre for acting against the spirit of federalism.

KCR, as Rao is popularly known, recently came out in support of West Bengal Chief Minister Mamata Banerjee in her clash with Governor Jagdeep Dhankar. The TRS chief referred to Sarkaria Commission report to highlight how the office of Governor has been misused by the Centre.

When Soundararajan, a former BJP leader in Tamil Nadu, was appointed as Telangana Governor in 2019, the TRS was reportedly miffed over the Centre not consulting it before the appointment.

While initially the relations were cordial between the Governor and the state government, the friction began when Soundararajan visited few hospitals during Covid-19 pandemic. The TRS government was irked by her remarks over the government’s handling of the pandemic.

Eyebrows were raised in political circles when Soundararajan, who is also a physician, called meetings of officials over Covid situation. Sections of the ruling party felt that the Governor was overstepping her powers.

Both the sides, however, played down the differences. Last year, the rift became public late last year after the Governor did not approve a file sent by the State Cabinet recommending appointment of P. Kaushik Reddy as a member of Legislative Council. She had told the media that since the nominated post falls in the category of social service, she was trying to get information about Kaushik Reddy’s social service work.

The TRS government later had to send Kaushik Reddy to the upper House of the state Legislature under MLA quota.

The CM and ministers had also not attended Republic Day celebrations at Raj Bhavan.

The differences deepened further after the state government commenced budget session of the state legislature last month without customary address of the Governor. Soundararajan had taken exception to this. However, the government argued that there was no need for the Governor’s address as it was not a new session but continuation of the previous session.

She was also not invited to Medaram Jatra, the tribal fair held in Feb. She, however, visited Medaram but no official was present.

The rift widened further with KCR staying away from Ugadi celebrations hosted by Governor at Raj Bhavan.

Though Raj Bhavan had sent invitations to the CM and his cabinet colleagues, none of them turned up.

Raj Bhavan had also sent invitations to MPs, MLAs and MLCs to the event but no one came. Even the senior civil and police officials did not attend the celebrations.

“Leave aside everything. Should a lady like me be insulted and ignored,” she asked after meeting with Amit Shah.

She said she would be visiting Bhadrachalam temple in April 11.

“I will be going by road as that is the mode of transport of a Governor in the state,” she said.

The TRS government has also hit back at Soundararajan for her allegations.

Energy Minister Jagadish Reddy alleged thatA he Governor recently visited the Yadadri temple as a BJP leader and hence the government did not follow the protocol.

According to the minister, the reason for the present differences is that she has a political background. “Those who worked as State presidents of political parties, worked as Chief Ministers or Ministers are being madeA Governors.

“Running politics from Raj Bhavan in order to develop a political party in the state would not work. Such experiments failed in other states too,” the minister remarked but denied that the government insulted the Governor.