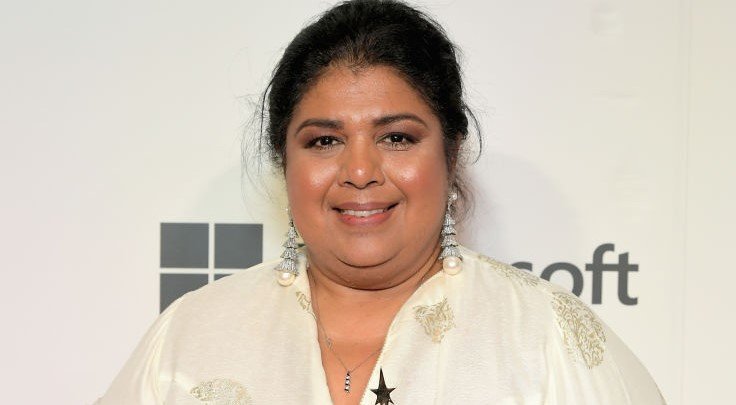 Ann Mukherjee is among three individuals to be honored by AALDEF with its 2021 Justice in Action Award. The Indian American CEO of distiller Pernod Ricard North America is seen here with her Legend Award at the 12th Annual ADCOLOR Awards at JW Marriott Los Angeles at L.A. LIVE on Sept. 23, 2018 in Los Angeles, California. (Charley Gallay/Getty Images for ADCOLOR)

Prior to SC Johnson, Mukherjee worked in various roles at PepsiCo, elevating to president of global snacks and PepsiCo Global Insights.

From 1994 through 2005, Mukherjee worked at The Kraft Heinz Company, rising to the rank of senior director of global new category development.

Early in her career she worked as the manager of new product development at Diners Club International for two years. She earned a degree from the University of Chicago.

Throughout her career, Mukherjee has received many honors and awards. Among them are the Ad Age Woman to Watch; Brand Week Marketer of the Year; Business Insider Top 50 Most Influential CMOs; Forbes Top 100 Most Innovative CMOs; Legend Award for Diversity in Advertising; and She Runs It Woman of the Year.

The AALDEF Justice in Action Awards recognize exceptional individuals for their outstanding achievements and efforts to advance social justice.

The co-emcees for the evening are Cindy Hsu, Emmy Award-winning anchor and reporter at CBS2 New York, and Sree Sreenivasan, Loeb Innovation professor at Stony Brook University and CEO of Digimentors.

Since 1974, AALDEF has protected and promoted the civil rights of Asian Americans across the nation through litigation, advocacy, community education, and organizing.

Over the past year, AALDEF has focused its attention on the sharp rise in anti-Asian violence as a result of the coronavirus pandemic.