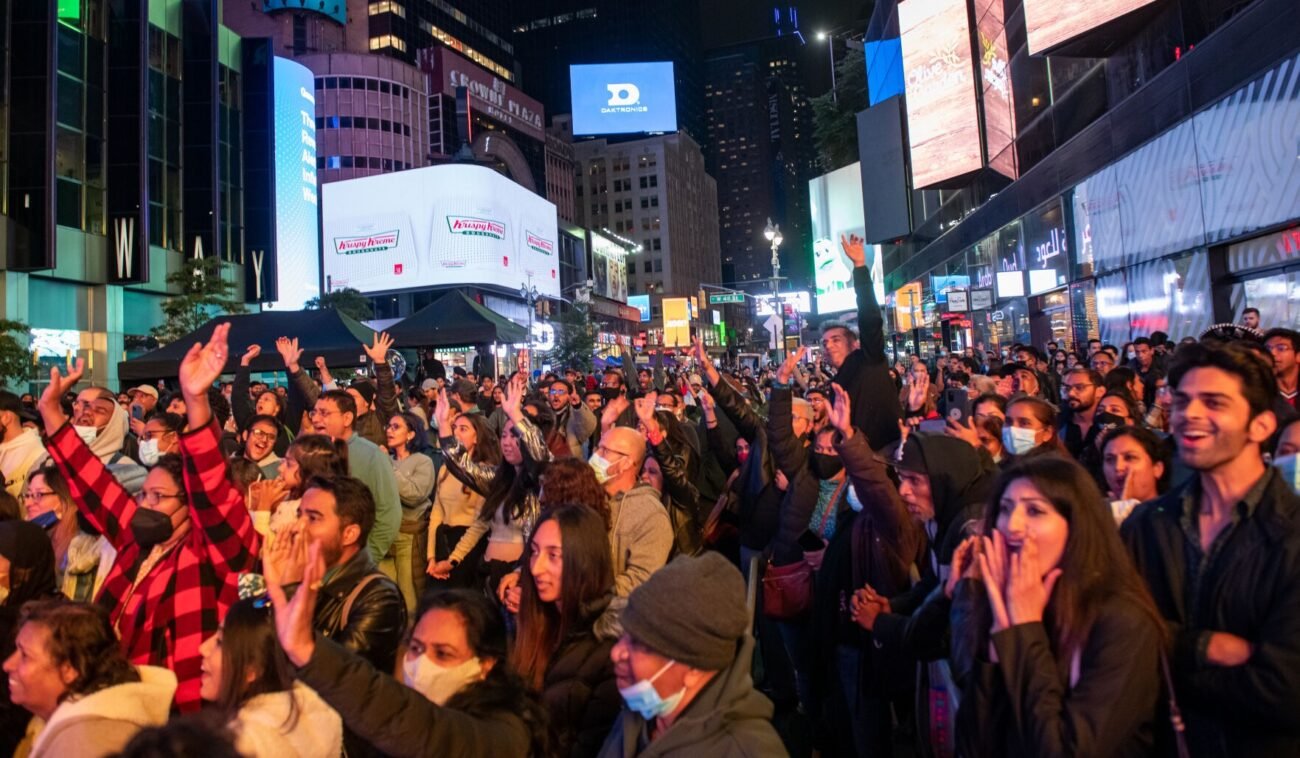 Thousands of people came out to celebrate Diwali at Times Square, including a large number of Indian Americans. (photo provided)

Diwali was celebrated at New York City’s Times Square with a raging comeback after two years of COVID-19 lockdown, as thousands of people participated in the brightest celebration ever, according to a press release.

Conceptualized by Event Guru and managed by ASB Communications, the successful event was attended by some of the highest-ranking government officials and dignitaries in the business world.

Neeta Bhasin, president of EventGuru Inc., said, “We are sharing the message of Deepavali – knowledge over ignorance, light over darkness, peace, love, unity and togetherness, and inclusion in diversity – to the world from the biggest crossroads of the world, Times Square. Even the universe responded in appreciation by keeping the weather conducive to the event despite forecasts of rain throughout the day.”

A ‘Light Up Times Square’ concert started at 5 p.m. and was made more luminous by the fact that the Diwali countdown on the ball drop screen created history at Times Square, added Bhasin.

Indian Prime Minister Narendra Modi sent his Diwali message: “Heartiest greetings and best wishes for the celebration of Diwali, the Festival of Lights organized at Times Square in New York. The celebration will help spread our rich traditions and culture in different parts of the world. Carrying the eternal message of victory of light over darkness and truth over untruth may this auspicious occasion further spread peace, happiness, and prosperity in the lives of every member of the Indian diaspora in the USA.”

Sen. Schumer, in his comments, said: “I believe in immigration in general. My middle name is actually Ellis, it is Charles ‘Ellis’ Schumer from Ellis Island. Immigrants have great American values while still remembering the traditions and bringing them to America from their home countries. One of the best and the greatest immigrant communities is our Indian American community, our South Asian community. We must welcome more Indians to come to America and New York.”

Some of the front-line fighters in the Covid battle like Officer Manish Sharma, president of the Indian Police Society (NYPD); Dr. Samin K. Sharma of Mount Sinai Heart; and Dr. Jagmohan Kalra and Dr. Sunjit Jaspal from Northwell Health, were honored on stage.