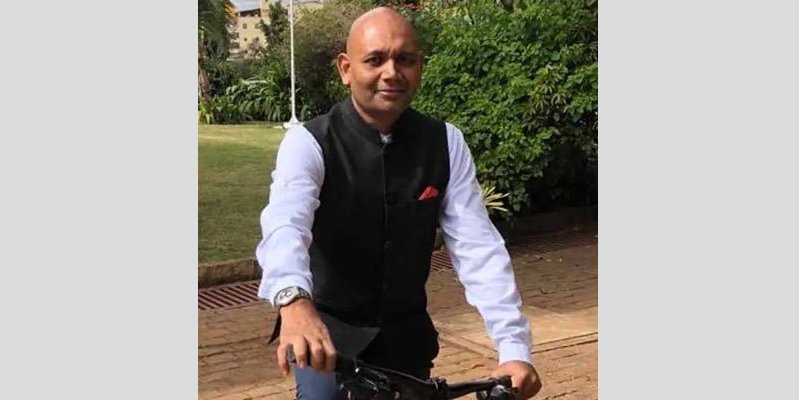 NEW DELHI (ANI) – ‘Earth Anthem’ written by the Indian poet-diplomat Abhay K. is used across the world and has been translated into 150 languages till date.

On 52nd Earth Day, Abhay K. said, “The quest for a common anthem for our planet that had begun in 2008 has come a long way with Earth Anthem translated into more than 150 languages spoken across our planet.”

It was also played at the United Nations to celebrate the 50th Anniversary of Earth Day in 2020. Earth Anthem has featured in over 200 leading publications globally.
“We find that the idea of having an Earth Anthem is a creative and inspiring thought which would contribute to bringing the world together,” said UNESCO.

Our cosmic oasis, cosmic blue pearl
the most beautiful planet in the universe
all the continents and all the oceans
united we stand as flora and fauna
united we stand as species of one earth
diverse cultures, beliefs and ways
we are humans, Earth is our home
all the people and all the nations
all for one, one for all
united we unfurl the blue marble flag.

Nobel laureate Kailash Satyarthi said “Vedas- the first book of universal knowledge and wisdom says, ‘Bhumi Mata Putroaham’- which means ‘Earth is my mother, I am her son’. This is one of the essences of ancient Indian philosophy. Every effort to protect and respect mother earth is an effort to protect ourselves and our generations to come. The Earth Anthem is a beautiful effort in this direction.”

“The idea of an Earth Anthem is an excellent one which I fully endorse. Abhay K’s multi-language lyrics are extremely inspiring and can easily be made into an official anthem for our beautiful planet,” said the noted filmmaker Shyam Benegal.