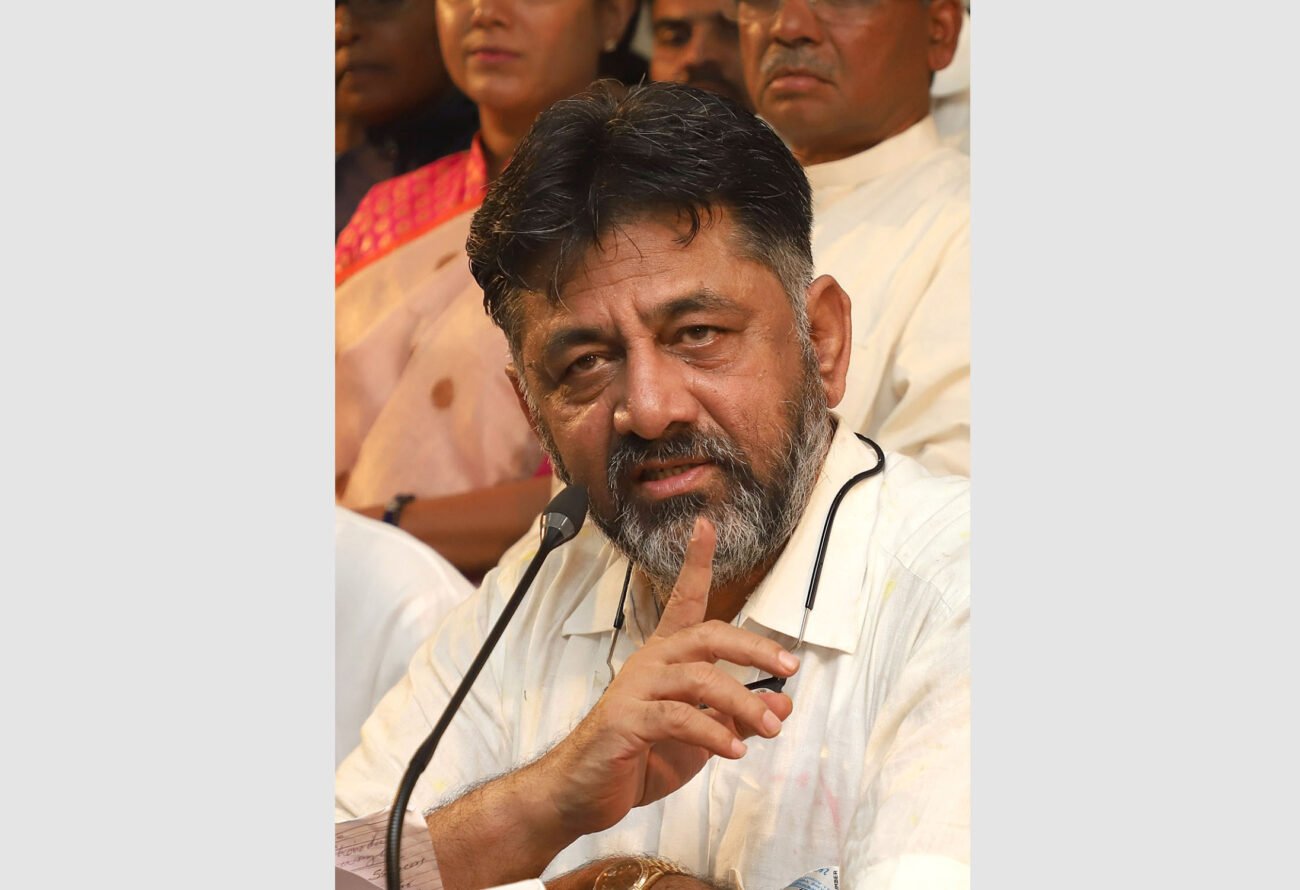 BENGALURU, (IANS) – The raids by the Enforcement Directorate (ED) followed by imprisonment in Tihar Jail, submission of charge sheet against Karnataka Congress President D.K. Shivakumar, have failed to “tame” the leader.

Congress leaders say that it is an open secret in Karnataka that the sole motive of the raids was to pressurize Shivakumar, a dominant Vokkaliga leader of the Congress. Shivakumar is often referred to as “bande” (boulder) in Karnataka politics. Congress party workers claim that the BJP failed miserably in its attempt to bend Shivakumar.

Congress party insiders say that after the raids and his imprisonment, Shivakumar has emerged as one of the tallest leaders of the community which plays a decisive role in elections.

If Congress projects him as the Chief Minister, there are high chances of the Vokkaliga community rallying behind him as they extended their support to former Prime Minister H.D. Deve Gowda’s family.

The ED had recently submitted a charge sheet against Shivakumar. The development was seen as a setback to Shivakumar and the Congress party in Karnataka as assembly elections are scheduled to be held in less than a year.

“The struggle of Shivakumar and the Congress will continue in the state. The investigation has been going on for four years. Let them (BJP) do anything. It has been eight years since the BJP has come to power at the Centre. All institutions have been misused,” he said.

Suresh was the only Congress candidate to win in the Lok Sabha elections from the state.

The ED is investigating the charges of illegal money transfer against Shivakumar. He was imprisoned in Tihar Jail on the same charges for 50 days. Later, he obtained bail in the case. Raids have been conducted on Shivakumar’s residence and offices in Bengaluru and New Delhi.

Shivakumar continues to be on the radar of the BJP. At the same time all this has brought him close to the Congress high command. The grand reception he was accorded when he reached Bengaluru after being released from Tihar Jail was phenomenal and clearly indicated his rising popularity graph.