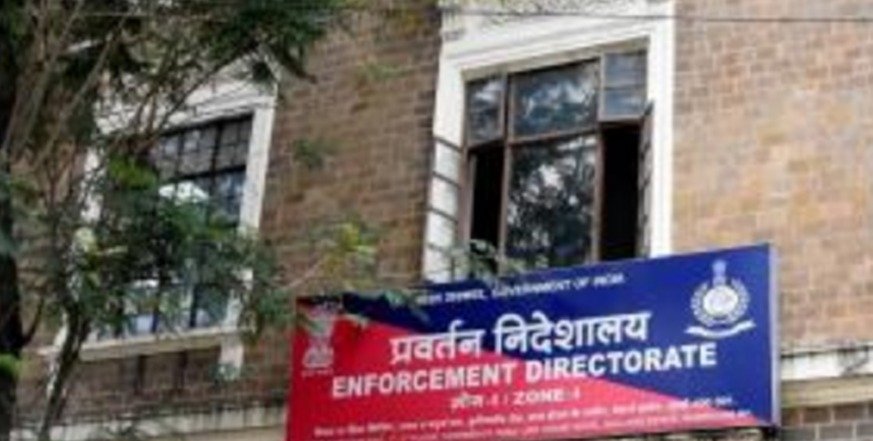 MUMBAI (IANS) – In a major development that could rattle the Maha Vikas Aghadi (MVA) government in Maharashtra, the Enforcement Directorate (ED) said on Mar.22 that it has attached immovable properties worth around Rs 6.45 core belonging to Pushpak Group entity, Pushpak Bullion, in Thane.

These include 11 flats in the Neelambari project in Thane, belonging to Shree Saibaba Grihanirmiti Pvt Ltd, which is owned and controlled by Shridhar Madhav Patankar.

The action follows a money-laundering case registered in 2017 against Pushpak Bullion and other group companies.

Till date, the central probe agency has attached other properties worth Rs 21.46 crore owned by Mahesh Patel, Chandrakant Patel, their family members and companies controlled by them.

Under the garb of a sale, Pushpak Realty transferred funds to the tune of Rs 20.02 crore back to Chaturvedi after layering it through various connected/unconnected entities, said the ED.

Accordingly, the agency said that the money siphoned off by Mahesh Patel in connivance with Chaturvedi was finally parked in the realty projects of the housing company owned/controlled by Patankar, the CM’s brother-in-law.

While Thackeray scion, Tourism Minister Aditya Thackeray, said he would not comment till he “got detailed information”, senior colleague and Urban Development Minister Eknath Shinde slammed the ED move.

“Ever since the MVA came to power, we are witnessing such incidents. In a democracy, such misuse of central agencies is dangerous. We have a majority government and there will be no impact on the MVA. The Shiv Sena is not bothered about these things,” said Shinde.

In his initial reaction, NCP President Sharad Pawar said the ED action is a political move.

“This is all political… A few years ago, no one knew what the ED was,” he said.

Raut said the ED has been taking tremendous interest and actions “in states where the BJP is not in power” to destabilise the opposition-ruled states.

Reacting to the latest ED action, BJP activist and ex-Mumbai MP Kirit Somaiya said that Thackeray’s brother-in-law is “involved” in “money laundering scam” with “use of shell companies” and “scamsters will not be spared”.

In the past one year, the ED has arrested former Home Minister Anil Deshmukh and a sitting minister, Nawab Malik, in connection with various alleged money-laundering cases.