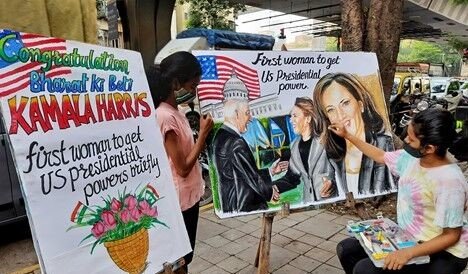 The Society, founded by N. Suresh Reddy, aims to contribute to the field of education, health, environmental sustainability, and social service. “The society, particularly in the education sector, aspires to make a name by offering education of international standards and disseminating it to the greatest possible segment of the Indian population. Our effort is ready to give quality education with the assistance of highly respected members of the Advisory Board,” an official statement from the society read.

Born in 1938, Shyamala Gopalan pursued her doctorate in nutrition and endocrinology at UC Berkeley. She left India at the age of 19. Shyamala was a leading cancer researcher and activist. Harris’s maternal grandfather was born in Thulasenthirapuram in the Tiruvarur district, located about 320 km south of the city of Chennai. Shyamala was the daughter of PV Gopalan, a civil servant.

The Shyamala Educational Society is all set to begin a world-class school in Telangana. A new campus near Hyderabad will be fully functional for the 2023-2024 school year.

As per an official statement, Suresh Reddy said that the society is intended to contribute to the field of education in India.

Acknowledging the contributions of Shyamala Gopalan to the global community, Reddy intended to bring a remarkable transformation in the educational scenario of the country by providing high-quality opportunities to the students.

He also said that the school will be established under the guidance of Prof. Vajja Samba Shiva Rao, an eminent Indian educationalist and vice chancellor of SRM university, who will also hold an important position in the board.

Following the presidential elections in November 2020, Kamala Harris made history as she became the first woman of color, Indian American and first Asian American to occupy the second-highest office in the U.S.