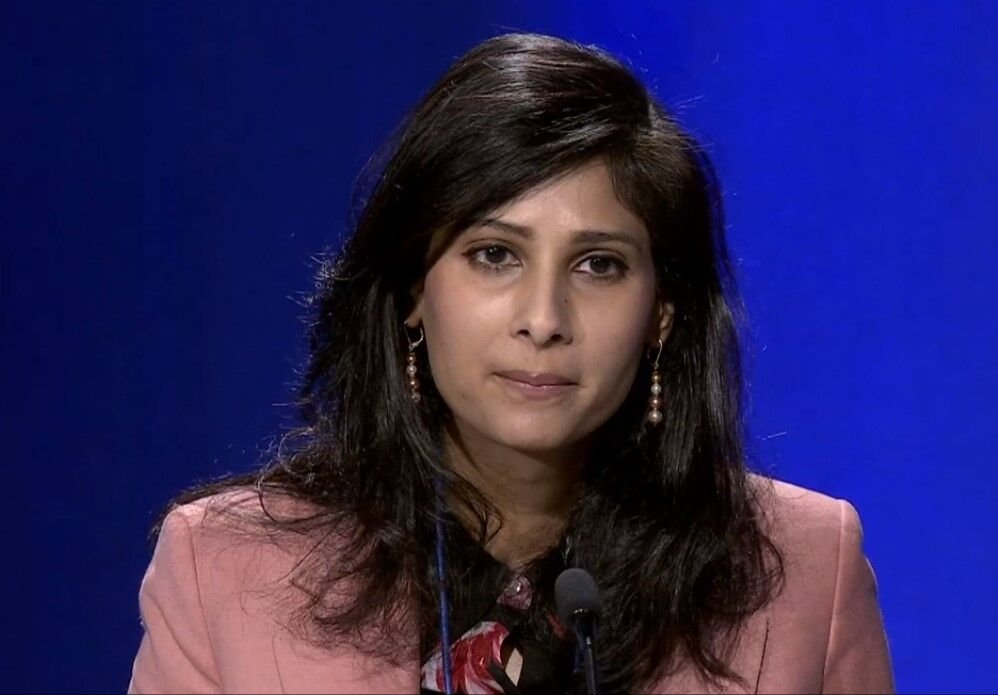 UNITED NATIONS (IANS) – India has emerged from a “very tough second wave” of Covid-19, Gita Gopinath, the International Monetary Fund’s Chief Economist, said Oct. 12 at the release of the flagship report that showed India continuing to be the world’s fastest growing major economy clocking a growth rate of 9.5 percent this fiscal year and 8.5 percent in the next.

The IMF’s World Economic Outlook report kept the gross domestic product growth projections it had made in July while India was in the grip of Covid-19’s second wave and had cut by 3 percent its forecast of 12.5 percent made in April before the pandemic’s resurgence.

Briefing reporters at the release of the report in Washington, Gopinath said: “India, came out of a very, very tough second wave and that led to a big downgrade in July but we have no change.”

“India is doing well in terms of vaccination rates and that’s certainly helpful,” she said.

India does, however, face many challenges, she noted.

Asked if the large fiscal deficit in India was a major concern, Malhar Nabar, the deputy division chief in the IMF Research Department, said that while a medium-term strategy was needed to bring it down, it was still possible to meet the pressures from any future pandemic upsurge.

“We think that there’s still room to provide more support if needed, if the pandemic takes a turn for the worse, and to provide it in a targeted manner to the worst affected households and firms,” he said.

“But going forward over the medium term, it would be important to put in place, credible, medium term strategy to bring down the debt to GDP ratio and create space to meet the future development needs and infrastructure needs,” he added.

The WEO said that India’s Covid-battered economy had shrunk by 7.3 percent in the last fiscal year.

In the WEO tables, China followed India with eight percent this year and 5.6 percent the next – a reduction of 0.1 percent for both years from the forecast made in July.

The UK came next with 6.8 percent growth this year, followed by France at 6.5 percent, and the U.S. at six percent.

The WEO said: “The downward revision for 2021 reflects a downgrade for advanced economies – in part due to supply disruptions – and for low-income developing countries, largely due to worsening pandemic dynamics.”

Gopinath, in her foreword to the WEO, said: “The global recovery continues but the momentum has weakened, hobbled by the pandemic.”

She wrote about the global picture: “Fueled by the highly transmissible Delta variant, the recorded global Covid-19 death toll has risen close to 5 million and health risks abound, holding back a full return to normalcy. Pandemic outbreaks in critical links of global supply chains have resulted in longer-than-expected supply disruptions, further feeding inflation in many countries.”

“Overall, risks to economic prospects have increased, and policy trade-offs have become more complex,” she warned.

The WEO projected a wary outlook: “Overall, the balance of risks for (global) growth is tilted to the downside. The major source of concern is that more aggressive SARS-CoV-2 (Covid-19) variants could emerge before widespread vaccination is reached.”

The WEO, which stressed the importance of vaccination, said: “The development of Covid-19 vaccines was encouraged by unprecedented public support.”

As an example, it cited the help in scaling up manufacturing by the Indian government grants to vaccine producers.

The IMF forecast is more than a percent higher than the World Bank’s estimate of 8.3 percent for this fiscal year, which puts it behind China’s 8.5 percent growth this year.

The Bank’s Regional Economic Update released last week said India’s GDP growth is expected to moderate to 7.5 percent next year and 6.5 percent in 2023-24.

The United Nations, which made its forecast for the calendar year, rather than the fiscal, said it expected India’s economy to grow by 7.5 percent this calendar year and rebound to 10.5 percent next year.

India’s consumer price index is expected to grow by 5.6 percent this fiscal year and by 4.9 the next, according to the IMF’s WEO.