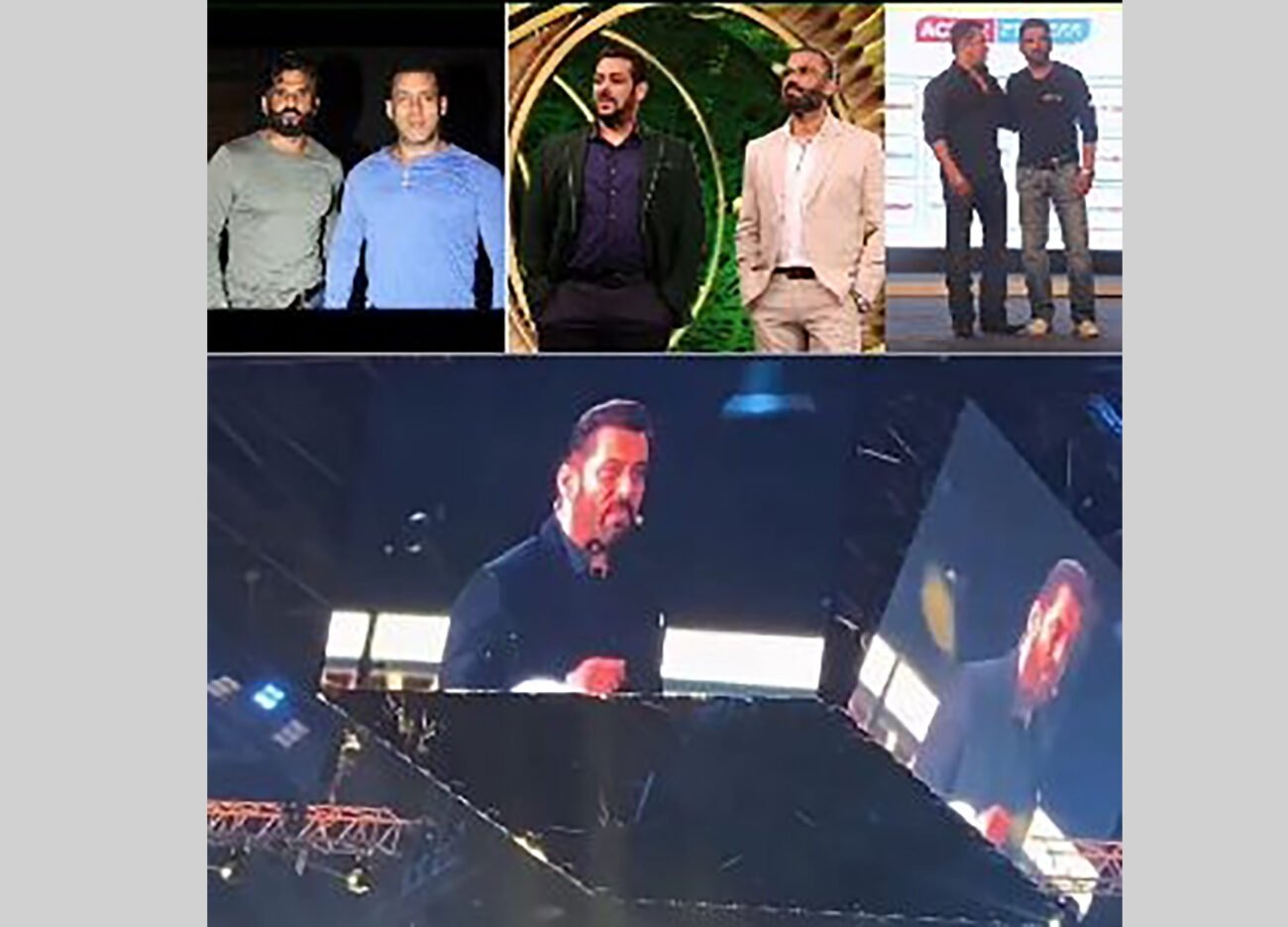 MUMBAI, (IANS) – Bollywood superstar Salman Khan went down memory lane and got emotional at IIFA 2022 when he recalled having no work for several months after his debut film ‘Maine Pyar Kiya’ released in 1989.

The ‘Dabangg’ star revealed that once he did not have enough money to buy a shirt and that it was actor Suniel Shetty who gifted it to him seeing that.

He was seen talking while hosting the award ceremony hosted at Abu Dhabi: “There was a time when I didn’t have a lot of money. I only had enough to be able to buy one shirt and jeans. During that time, a new fashion trend had come about and that was stone-washed jeans.”

“I was out shopping and at a renowned shop I saw a stone-washed denim jeans and shirt. I only had money enough to buy the jeans and I left the shirt alone. Suniel, who was with me in the store, noticed that I didn’t have money to buy it, so he bought the shirt and gifted it to me.”

Salman added that Suniel also saw that I was eyeing a wallet but not picking it up.

“Later on, he took me to his home and gifted me the same wallet, which he had a pair of.”

Salman credited Ramesh Turani for giving him work after the lull period.

“Boney Kapoor has helped me throughout my life. Jab time thoda sa accha nahi chal raha tha toh Boneyji ne ek film di called ‘Wanted’, which got me back (When the time was not in my favor, he gave me ‘Wanted’)”.