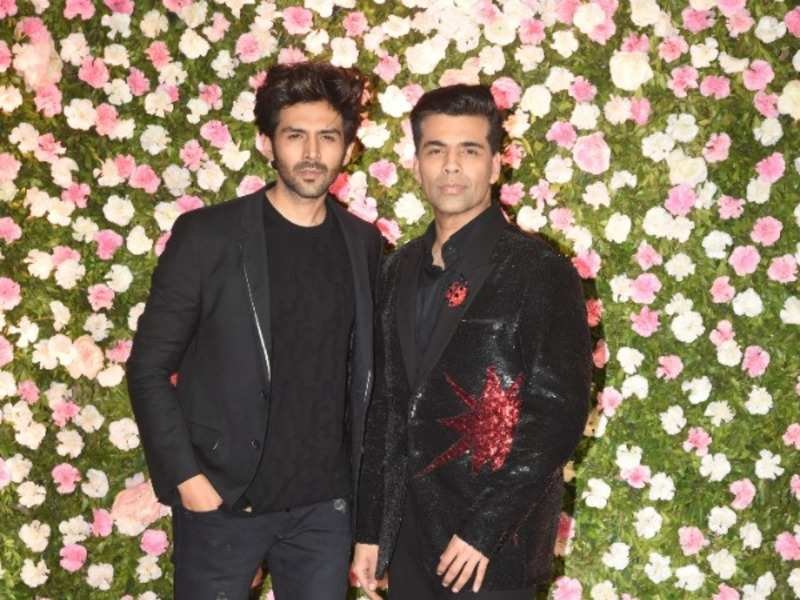 MUMBAI, (ANI) – The tiff between Karan Johar and Kartik Aaryan has been in the news ever since the ‘Bhool Bhulaiyya 2’ actor was ousted from Karan’s upcoming film ‘Dostana 2.’

However, the duo now seems to have buried the hatchet. A video, that is now going viral on social media, shows both Karan and Kartik having a friendly chat during an award show.

In the video, Karan and Kartik are seen seated next to each other at a roundtable. The two were seen engaging in a conversation and sharing a laugh before they walked on the stage to dance together. Kartik was taken to the stage by Varun Dhawan. Ranveer Singh, Kiara Advani, Arjun Kapoor, Ayushmann Khurrana, Anil Kapoor, Kriti Sanon, Sidharth Malhotra along with Varun, Karan and Kartik later performed the hook step of the song ‘Nach Punjaaban’ on stage.

Kartik and Karan reportedly had a falling out in 2021, while working together on Dostana 2. Kartik was to star with Janhvi Kapoor in it, but the actor was dropped from the project.

Karan Johar’s Production House ‘Dharma Productions’ in their official statement posted on Instagram, the production house stated that “due to professional circumstances, on which we have decided to maintain dignified silence- we will be recasting Dostana 2, directed by Collin D’Cunha. Please wait for the official announcement soon.”

On the work front, Kartik is still basking in the glory of ‘Bhool Bhulaiyya 2’ success. The film crossed the Rs 180-crore mark in India.

Kartik will next be seen in Rohit Dhawan’s ‘Shehzada’ opposite Kriti Sanon. He also recently finished shooting for ‘Freddy’ opposite Alaya F.