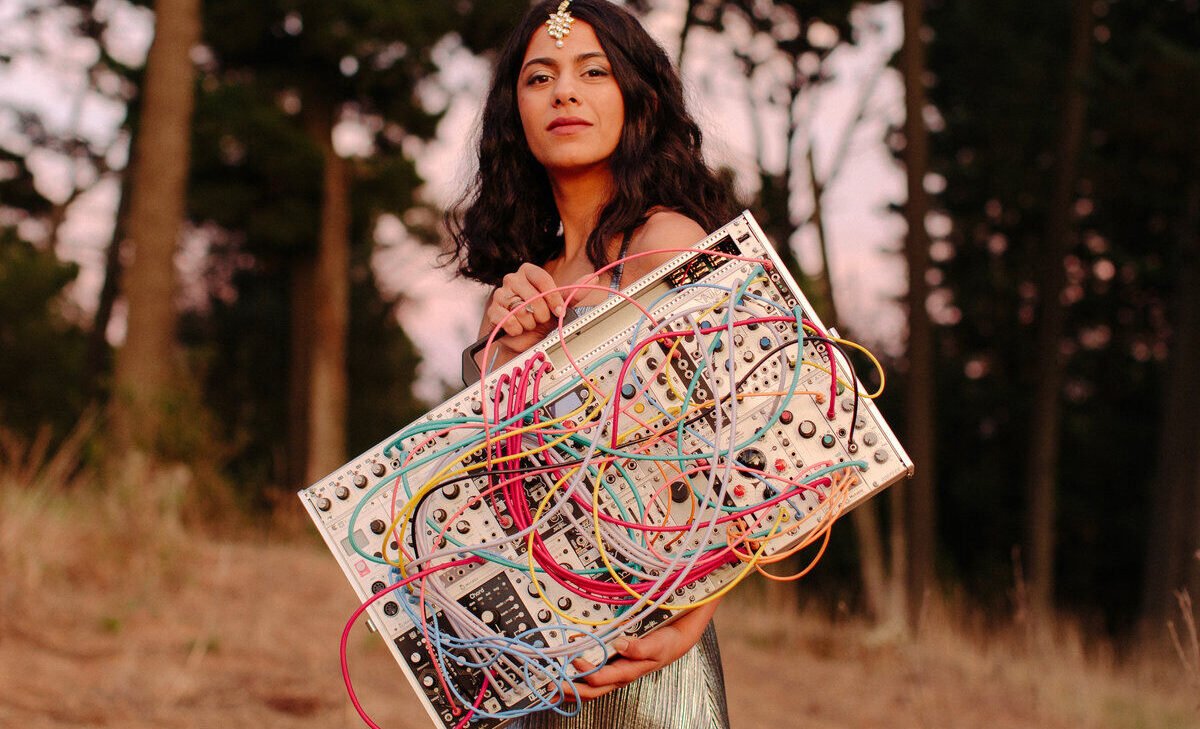 Artist Arushi Jain’s upcoming album offers something that music fans may not have heard before. The Indian American engineer-turned-musician/vocalist blends modular synths and electronic music with traditional Indian classical music in her upcoming album, “Under The Lilac Sky.”

The six-song album was released July 9.

Jain trained vocally in Hindustani classical music at the Prayag Hindustani Music School and the Ravi Shankar Institute in New Delhi. She produces electronic music that is firmly rooted in Indian ragas, with the hope to make people aware of this dying artform.

“My (not so) secret desire is to make the world fall in love with the beauty of Hindustani ragas,” she writes on her website.

She explains that she was introduced to computer generated sounds and synthesis via audio programming at the Centre for Computer Research in Music and Acoustics at Stanford University where she studied computer science.

“When I write music, I think in Hindi. My music is rooted in Indian classical music and other vocal styles from India because that is the language I was taught as a child. But while ragas are my main inspiration, the role of synthesizers and analog machines in my music is nontrivial,” Jain explained on Instagram. “I’m fascinated by DIY electronics culture, the history and identity of synthesizers and the pivotal role the Bay Area (where I was first exposed to modular) has had to play in the growth of the ambient and experimental genres. These explorations have defined me, too.”

She went on to add that the “sonic world” she creates could not exist without the co-presence of both these subcultures that originated in different parts of the world where she lived and grew up.

“Both of them eventually changed me at the deepest levels,” she wrote. “I hope when you listen to this album, you’ll find the existence of both these worlds, albeit so different, in harmony with each other.”

In April 2019, Jain played in San Francisco opening for Suzanne Ciani, a 5-time Grammy nominee. She has performed with the Mozart Choir of India at the Golden Hall in Vienna, the Rashtrapati Bhawan in New Delhi and has also performed with Stanford Laptop Orchestra at the Stanford Bing Auditorium.

She also hosts a show on boxout.fm that encourages artists to practice sonic storytelling.