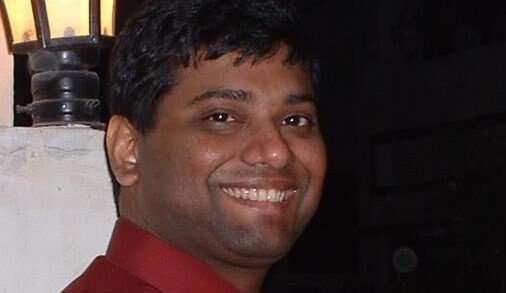 Charu Aggarwal was among the recipients of the recent Institute of Electrical and Electronics Engineers Computer Society awards. The Indian American engineer received the 2021 Wallace McDowell Award. (charuaggarwal.net photo)

The Institute of Electrical and Electronics Engineers Computer Society recently announces its 2021 award recipients, with two Indian American engineers named among the recipients.

Charu Aggarwal was named the recipient of the 2021 Wallace McDowell Award, while Vijaykrishnan Narayanan was honored with the 2021 Edward J. McCluskey Technical Achievement Award.

Due to the commercial value of his patents, he has thrice been designated a ‘Master Inventor’ at IBM. He is a recipient of the IBM Outstanding Innovation Award for his scientific contributions to privacy technology and a recipient of two IBM Outstanding Technical Achievement Awards for his research on data streams and high-dimensional data.

Narayanan is the Robert Noll chair professor of computer science and engineering and electrical engineering at Pennsylvania State University.

Narayanan has mentored 110 graduate students to completion and has worked with several undergraduate researchers. He enjoys working in inter-disciplinary teams and is currently funded by the NSF Expeditions in Computing Visual Cortex on Silicon center, DARPA/SRC Center for Brain Inspired Computing, DARPA/SRC CRISP center, the DoE 3DFEM center, and the DoE CSEMII program, the bio notes.

His research has resulted in widely used simulation tools, models, testbeds and prototypes. His prototypes have been demonstrated at the science exhibition at the US Capitol, K-12 science fairs and community events.

Narayanan was elected as a Fellow of IEEE and ACM in recognition of his contributions to power-aware design and a Fellow of the National Academy of Inventors for the tangible impact of his inventions. Narayanan’s other recognitions include the University of Madras First Rank in Computer Science and Engineering, SVCE Outstanding Alumni Award, NSF CAREER Award, NAGS Geoffrey Marshall Mentoring Award, and PSEAS Premier Research Award, his IEEE bio said.

Each year, the IEEE Computer Society presents its major achievement awards to the brightest professionals and scientists in the field of computer science and computer engineering. Awardees are nominated by their peers for their outstanding discoveries and contributions.