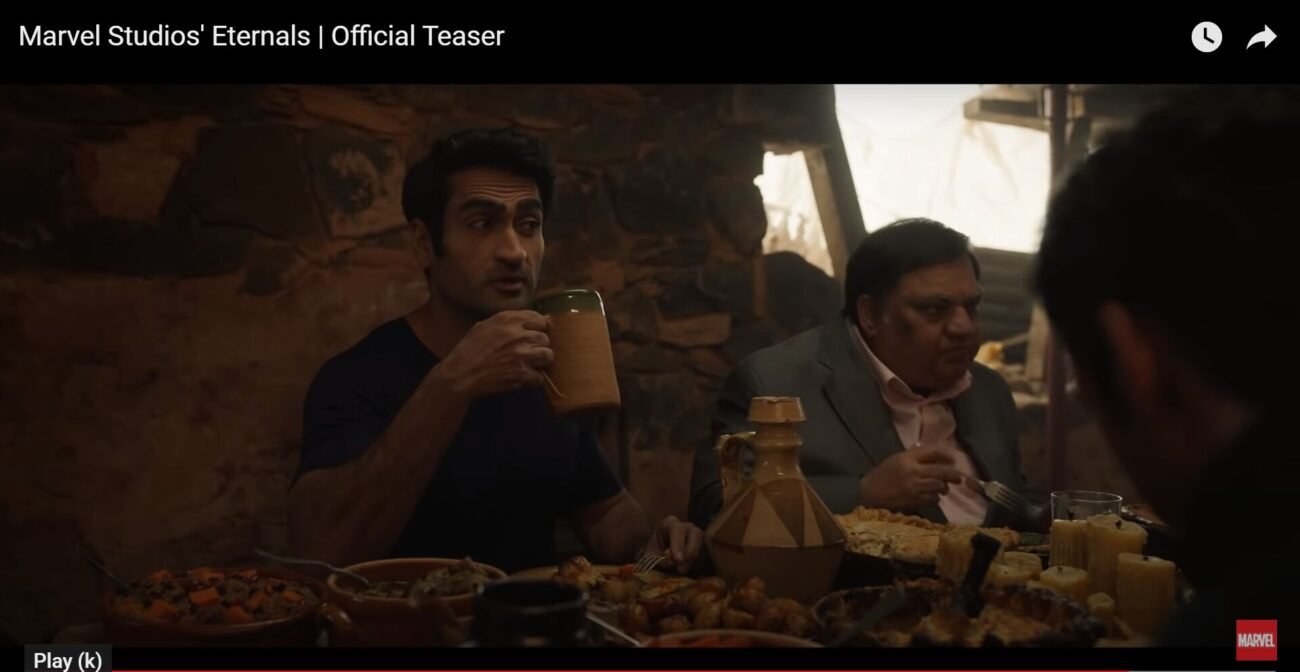 “We have watched and guided. We have helped them progress and seen them accomplish wonders,” an off-screen voice says, “Throughout the years we have never interfered, until now.”

The teaser gives a sneak peek into several scenes, including an Indian style wedding – of Ikaris (Madden) and Sersi (Chan) – and a Bollywood-esque dance sequence featuring Nanjiani.

“Sersi and Ikaris having an Indian Wedding??? I think Yes! #Eternals,” wrote one user on Twitter.

“I noticed a lot of things in the ‘Eternals’ trailer one of them being a dance sequence straight from ‘Bajirao Mastani,’” quipped another.

Speaking with Hindustan Times earlier this year, Marvel Studios president Kevin Feige said, “South Asia, in particular, is very much a part of the conversation, and a part of things we’ve already announced and already shot. I’m excited to have the world see it. But I’m becoming oddly acquainted with Indian film choreography, based on a number of different projects we’re working on.”