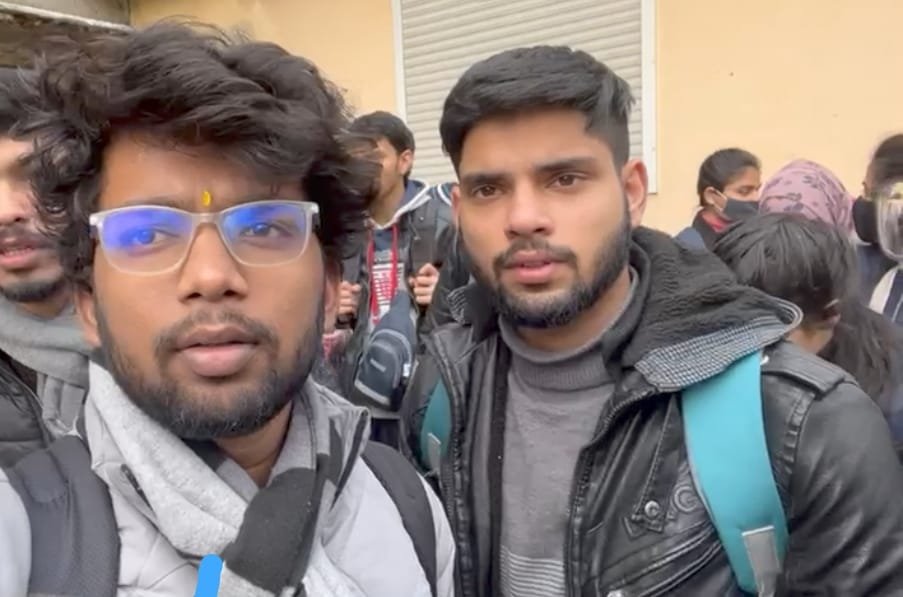 Two Indians, Mohammed Faisal and Kamal Singh stuck in the war-torn Ukraine, have also passed the test of friendship with flying colors.

Two days prior to Russian President Vladimir Putin’s invasion of Ukraine, Faisal, a resident of Hapur in Uttar Pradesh, got a chance to return to India but he cancelled his ticket as Kamal, who hails from Varanasi, could not get a ticket.

The two friends are students of Ivano-Frankivsk National Medical University in Ukraine. Their friendship started last year at the Kiev airport, following which they found an accommodation at the varsity’s hostel and started appreciating each other’s company.

Kamal says: “Faisal and my views are similar and we are serious about our education. I am thankful to god that I have found such a friend in college time. Both of us talk about education and future, that is the reason our bond of friendship got strengthened.”

Although they have safely returned to India, they are now worried about the course of their education in the future.

The two are urging the Central government to take a decision about medical studies so that their one year of education in Ukraine does not go to waste.

Faisal said, “Last year on Dec. 11, I went to Ukraine for medical studies. All students were waiting for other fellows at Kiev airport because we all had to go to Ivano-Frankivsk National Medical University. At that time, I met Kamal and started to reside with him in the university hostel.

“My ticket got booked two days prior to when the war began, but when I enquired the contractor as to whose tickets have been booked, I got to know that Kamal could not get it. After that I decided not return to India without my friend Kamal. My contractor tried to convince me that the situation is worsening in Ukraine but I refused to return.

On the very next day of refusing the ticket to return without his friend, both of them helped other students and dropped them till the railway station safely.

On Feb. 23, when they were returning after dropping their friends, a big attack was carried out by Russia, after which Kiev airport was closed.

Faisal further said that both of them reached the airport together but the officers present there asked him to embark the Indigo flight, while Kamal had to board the Air Force’s C-17 aircraft.

After returning to Delhi, Kamal called Faisal and asked him to meet, but the latter who was staying in Uttar Pradesh Bhavan in the national capital, was denied permission by the officials.

Faisal and Kamal’s friendship, as well as the Indian students who returned to India with their pets, have set an example that humanity still exists amid war and crisis.