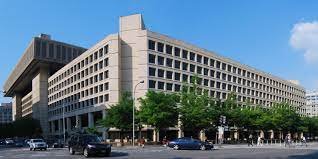 WASHINGTON, DC (ANI) – One of the two imposters, who were impersonating the US Department of Homeland Security agents and were in touch with the agents of First Lady Jill Biden security, on April 8 claimed ties with the Pakistan intelligence agency ISI.
Arian Taherzadeh, 40, and Haider Ali, 35, were arrested by the FBI for impersonating DHS agents for more than two years Haider told at least one witness in a federal court that he has ties with Pakistan’s ISI. While the claim is being probed, the federal court said that it must be taken “literally and seriously”.
He was caught with a Pakistani National Identity Card in Washington while impersonating a federal agent. Several incriminating documents were seized from him by the FBI.
More details surfaced when both the imposters were produced in the federal court. The court recorded evidence produced by the FBI against the imposters.
Meanwhile, Taherzadeh told investigators that Haider Ali funded most of their day to day operations and he was not aware of the source of the funds.
The FBI has launched an investigation into whether the employees of the White House accepted bribes.
The two men, who were impersonating the DHS agents, admitted that they provided other federal agents in Washington DC with expensive apartments and offered them to purchase a weapon for a Secret Service agent assigned to first lady Jill Biden, according to an affidavit, reported CNN News.
They claimed to have provided “rent-free apartments”, costing more than USD 40,000 annually, each to a DHS employee and one of the US secret service members. The details were provided in the affidavit.
According to the document, Taherzadeh allegedly provided one of the federal agents with a “rent-free penthouse apartment” for one year at a cost of about USD 40,200.
The Secret Service in a statement told CNN, “The Secret Service has worked and continues to work with its law enforcement partners on this ongoing investigation. All personnel involved in this matter are on administrative leave and are restricted from accessing Secret Service facilities, equipment and systems. The Secret Service adheres to the highest levels of professional standards and conduct and they will remain inactive until the probe gets over in coordination with the Departments of Justice and Homeland Security.”
Both the men, while impersonating the federal agents, obtained handguns, assault rifles and other items.