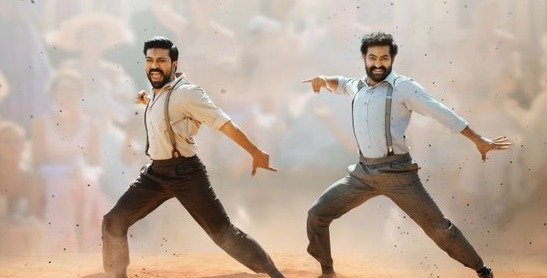 HYDERABAD (IANS) – The makers of the blockbuster epic ‘RRR‘ had released the full video of the popular song ‘Naatu Naatu‘ earlier. Even after garnering lakhs of views on YouTube, the release of ‘Naatu Naatu’ has triggered fan wars on Twitter.

A flurry of comparisons between the lead actors Ram Charan and NTR had resulted in arguments between their respective fans.

Claiming that NTR has footed the steps better than Ram Charan, and vice-versa, the actors’ fans began to argue, resulting in online fan wars. Leaving the comment section spoiled, some of the Internet users have written cuss words as well.

As the director S.S. Rajamouli claimed to have shot many takes to ensure perfect synchronization, fans began blasting him for missing many moves that were not the same.