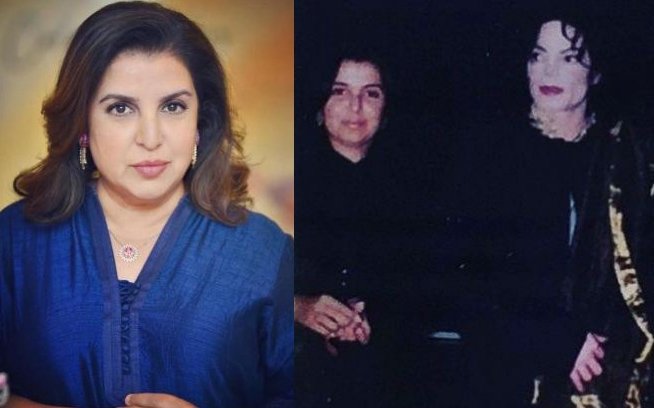 MUMBAI, (IANS) – King of Pop Michael Jackson is Farah Khan’s guru, says the choreographer-director herself. The ‘Main Hoon Na’ director on MJ’s birthday shared a throwback picture when she met him in New York in 1999.

In the picture, a younger-looking Farah looked into the camera flashing a smile as she stood next to her guru Michael Jackson, who looked away from the camera.

Farah wrote in the caption: “My guru … turning point of my life happened when I saw Thriller … got to meet him in NY 1999 … still to get over that experience. happy birthday #michealjackson..#inspiration#kingofpop.”

Taking to the comments section, her fans shared their sentiments as one of them wrote, “Wow so lucky.” Another added: “Two rockstars of dancing in a frame.”

Farah, who is known for designing the dance steps of many iconic Bollywood songs such as ‘Pehla Nasha’ and ‘Chaiyya Chaiyya’, has diversified into different avenues of entertainment as a director and as a judge in many television shows, including the popular singing reality show ‘Indian Idol’.