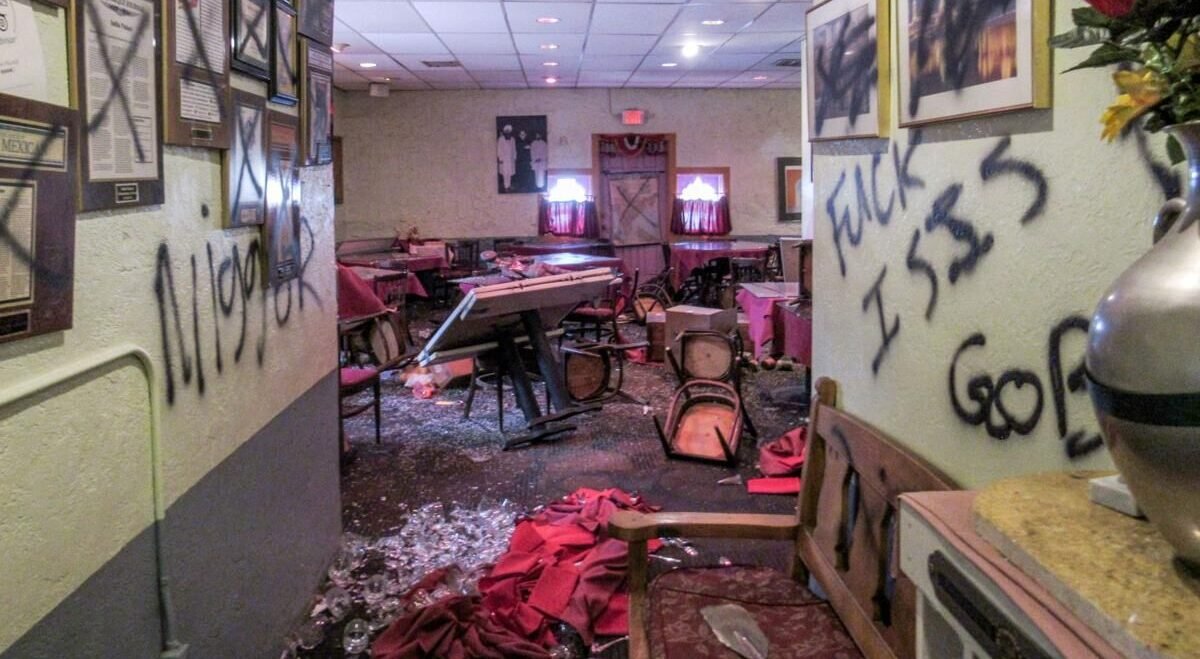 The Albuquerque, New Mexico, Division of the FBI will assume the lead role in the investigation of the vandalism of India Palace in 2020, the bureau announced Oct 15.

The downtown restaurant was forced to renovate after its walls were spray-painted with racial slurs, windows were shattered and interior was heavily damaged during an attack by vandals in June 2020 (see India-West article here: https://bit.ly/3DRlTsC).

The kitchen, dining room and storage area were vandalized and damaged and the walls were spray-painted with the words “Trump 2020” and other racist remarks.

The restaurant is owned by Baljit Singh, who had purchased it in 2013. It is run by his son, Baljot Singh, according to the report.

The Santa Fe Police had labelled the incident as a hate crime directed towards the Indian American community in the vicinity.

Santa Fe Mayor Alan Webber at the time called the vandalism a hate crime and said it was “sickening and appalling.” He continued, “We will find whoever did it and punish them to the full extent of the law. The Singhs are a long-standing Sikh family that has used its own resources to feed homeless Santa Feans through the goodness of their hearts. For them to be attacked this way breaks our hearts. We absolutely reject racism, intolerance, and hate.”

New Mexico Governor Michelle Lujan Grisham tweeted in the aftermath that she had spoken with Singh on the morning of June 23 and told the Indian American businessman that the community was with him. “I am absolutely heartbroken and disgusted by this racist attack,” she posted. “We will not stand for such hatred in New Mexico.”

Over a year after what investigating agencies labeled a hate crime, Santa Fe police have not filed any charges or named any suspects, the Santa Fe New Mexican reported.

“This crime has attracted considerable local and national attention,” Special Agent in Charge Raul Bujanda wrote in an FBI news release. “I want to thank the Santa Fe Police Department for all the work they have done on this case. We are determined to find whoever is responsible for what happened at the India Palace and bring them to justice.”

Deputy Chief Paul Joye said Santa Fe police are grateful for the FBI’s help and plan to continue participating in the investigation, the report noted.