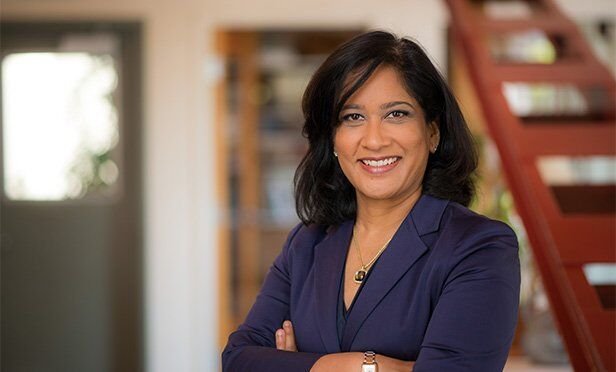 Naureen Hassan, a 25-year veteran of the financial services industry, has been named First Vice President and Chief Operating Officer of the Federal Reserve Bank of New York.

In a statement issued Mar. 4, the bank said that the appointment, effective Mar. 15, was approved by the Board of Governors of the Federal Reserve System.

“As First Vice President, Hassan will be the New York Fed’s second ranking officer as well as an alternate voting member of the Federal Open Market Committee,” the statement said.

“Naureen’s leadership background, deep commitment to fostering diverse teams, and extensive technology and financial experience will be critical to her role as a bank leader,” John C. Williams, president and CEO of the New York Fed, was quoted as saying in the statement.

“I am confident that Naureen will be an inspiring and innovative leader, and look forward to working with her to move our organization forward in line with our values,” he added.

Denise Scott, executive vice president of the Local Initiatives Support Corporation and chair of the New York Fed’s Board of Directors, said that “Naureen’s leadership experience and operational expertise are fully aligned with what the search committee and I envisioned for this role.”

A news release from the Federal Reserve Bank of New York said Hassan has been the Chief Digital Officer for Morgan Stanley Wealth Management for past four years, noting that her expertise is in strategy, digital transformation, cybersecurity and regulatory/risk management. The Indian American executive is also a member of the MSWM Operating Committee and was responsible for the business’s digital transformation, strategy and delivery focused on modernizing how the firm and its advisors acquire, serve and interact with clients. In this role, she led the product development teams that built digital marketing capabilities, consumer facing technologies and artificial intelligence-enabled platforms for advisors.

Hassan was also responsible for the call-center based advisory business line – a $100MM revenue and $40MM net P&L business. In addition, she helped lead the agile-transformation of the MSWM development processes and the shift toward a best-of-breed technology partnership and integration strategy.

Previously, Hassan was the executive vice president leading investor services strategy, segments and platforms at the Charles Schwab Corporation and a member of the firm’s 20-member Executive Committee. In this role, she was responsible for the strategy, client experience and digital channels supporting the individual investors who hold $1.3 trillion client assets at Schwab. During her time at Schwab, she also served as the Chief Operating Officer of Schwab Bank (one of the top 15 banks in the country) and was a member of its Board and Management Committee. She also held leadership roles in Schwab Advisor Services, the leading custodial platform for nearly 7,000 independent advisory firms.

Earlier in her career, she worked at McKinsey & Company, specializing in operational and process design for retail and healthcare firms.

Her parents are immigrants from Kerala, India. Her father, Javad K. Hassan, was a former senior executive at IBM and former president of Global Inter Connect Systems at AMP Inc (now TE Connectivity).