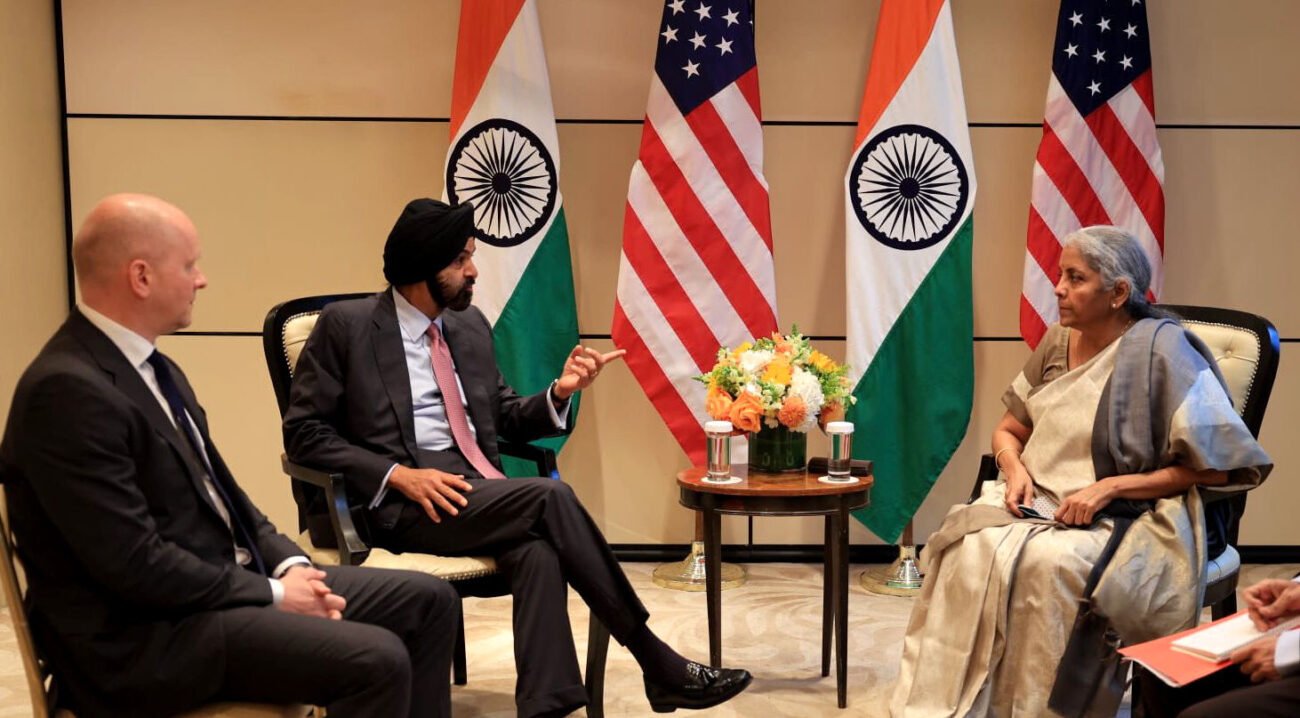 NEW YORK – Finance Minister Nirmala Sitharaman’s meetings with U.S. businesses and institutions continued at a feverish pitch, including talks with two key investors asking them to broaden their world view and look at India for investment.

Her discussions with Sleyster revolved around the reforms towards capital bond market, investor charter and other initiatives.

The robust structural growth and continued interest of the company to invest in India formed part of the discussion with Vassiliou.

Earlier during the day, Sitharaman addressed global business leaders and investors at a Roundtable organized by USISPForum and Ficci India in New York.

“With the current reset in the global supply chain and clear headed and committed leadership in India, I see opportunities galore in India for all investors and industry stakeholders,” she said at the Roundtable.

Fraser talked about the strength of India’s economic recovery and how India will increasingly become an important destination of investment for multinational corporations looking to grow their operations.

The discussions revolved around getting more investment into India.

All the business leaders talked about the positive impact India’s reforms, in particular the PLI schemes, will have on labor-intensive sectors in the country. IBM indicated its interest in India in the areas of hybrid cloud, automation, 5G, cybersecurity, data, and AI.

The recently launched initiative of the National Infrastructure Master Plan, GatiShakti and India having the third largest start-up ecosystem and unicorn base formed part of discussion with Subramanyam.