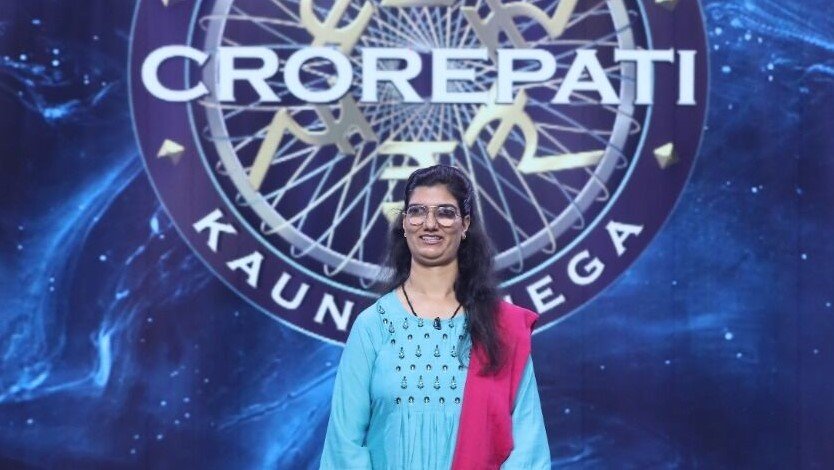 MUMBAI — When Himani Bundela lost much of her vision in a motorbike crash in 2011, doctors made several attempts to make her see the world again, but they failed. The plucky Agra girl, who’s now a 25-year-old woman, did not give up. And she kept nursing one hope: to get an opportunity to appear in a reality show.

She did, and how! Himani, who teaches Mental Maths, in an Agra school, is the first ‘KBC13’ contestant to win Rs 1 crore. And now the big question is, will she be able to answer the 16th questions and walk home with Rs 7 crore, or settle for what she has won and forgo the attempt?

Like the famous scene in ‘Slumdog Millionaire’ where the entire country waits with bated breath for the Dev Patel-character, Jamal Malik, to answer the ‘crorepati’ question posed by Anil Kapoor, fans of ‘KBC13’ will be praying for luck to come knocking on Himani’s door.

Will she, won’t she? The episodes on August 30 and 31 will showcase Himani’s journey of winning Rs 1 crore and then attempting for Rs 7 crore. She will also be seen teaching a few Mental Maths tricks to the reality show’s celebrity host, Amitabh Bachchan.

“The winner doesn’t do anything different, but she does everything differently.” These were Himani’s words when she described her tryst with the Hot Seat.

“Since childhood I wanted to be a part of some reality show and when I saw ‘KBC’, the only thought that came to my mind was that this is where I should be,” Himani said.

For her students, Himani is not only their Mental Maths teacher, but also a role model who shows them with her own life how to overcome life’s unexpected turns. Himani, who’s undergoing treament for glaucoma, and can only distinguish between light and darkness, strongly believes in staying happy and spreading happiness.

What was it like to be within back-slapping distance with India’s most revered film star? “To be on ‘Kaun Banega Crorepati’ and to meet Mr Bachchan has always been my dream. I’m glad I could fulfil it. He made me feel so comfortable that I did not experience any nervousness. The most touching moment was when he offered me water.”

Talking about her personal journey, Himani said, “My life after the accident wasn’t been easy. But my family, especially my parents, my brothers and sisters, put in a lot of hard work to make sure I returned to leading a normal life and earn my livelihood independently.”

She added: “Being a woman who’s visually impaired, I hope my stint on ‘KBC’ offers hope to people who are just like me. A lot of specially abled students get admission into schools and colleges, but there are no coaching academies for them to prepare them for competitive exams for government jobs. With the money I have won, I would want to open a coaching academy that trains specially abled young men and women for competitive exams.” Now, that would indeed be an Olympian cause.